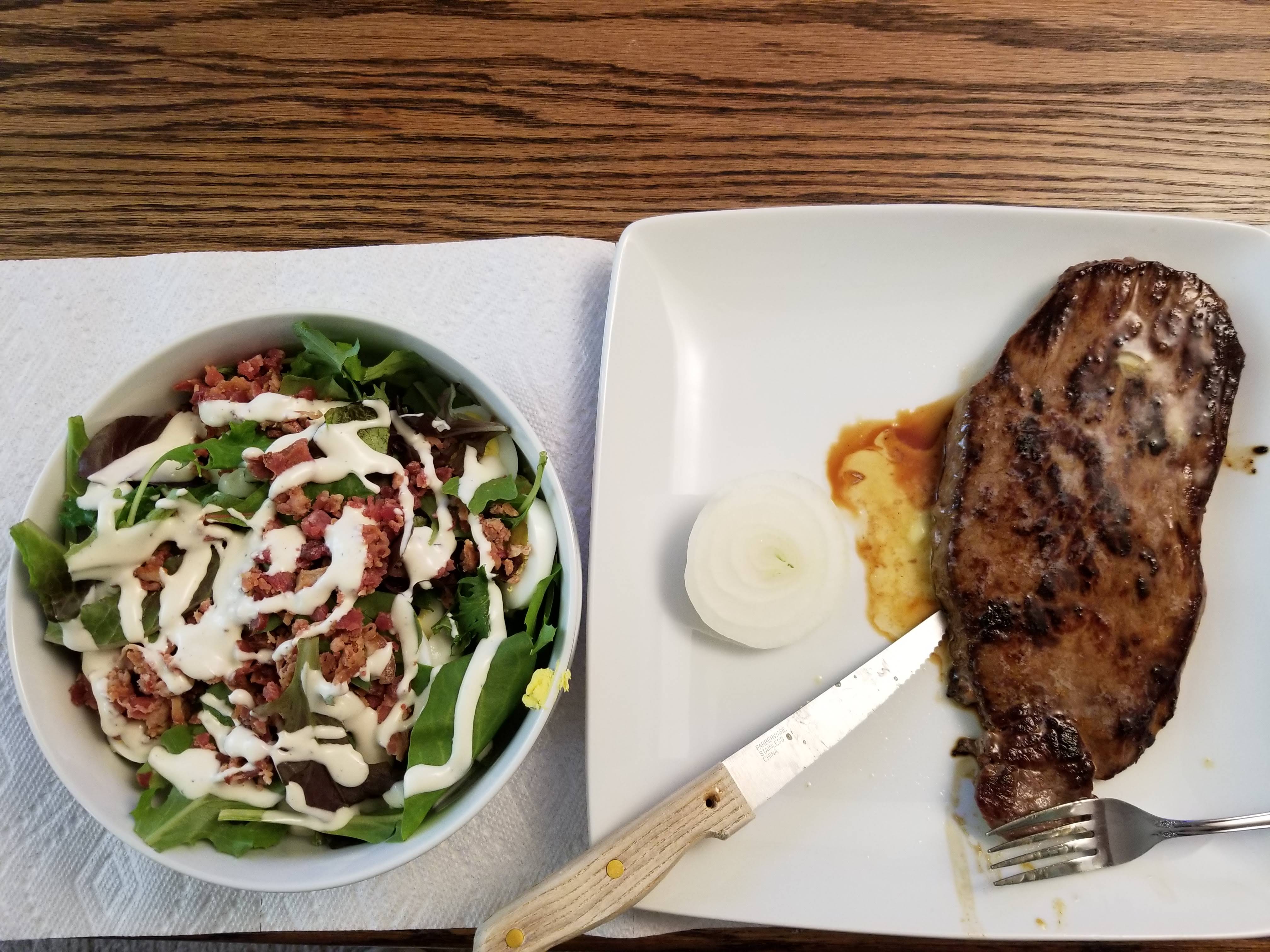 Well, time for the weekly check in on how much weight I have or have not lost. This morning, I clocked in at 317 pounds, which is a loss of 2.8 pounds on the week. 😲 This kind of big weight loss can sometimes happen after hitting a plateau like I’d done. In terms of weight loss, I hadn’t done anything different this week than in previous weeks.

The July 4th holiday is one where we in America often do things like break out the grill for burgers, hotdogs, steak, etc. However, since my carb splurge days are Friday and Saturday, that meant I couldn’t eat what I would have liked to have eaten on the fourth. As such, I cooked a steak on my stovetop (using a big, cast iron skillet, which works pretty well in lieu of having an actual grill).To avoid excessive smoking, I waited until after I pulled up the steak to add butter to it. 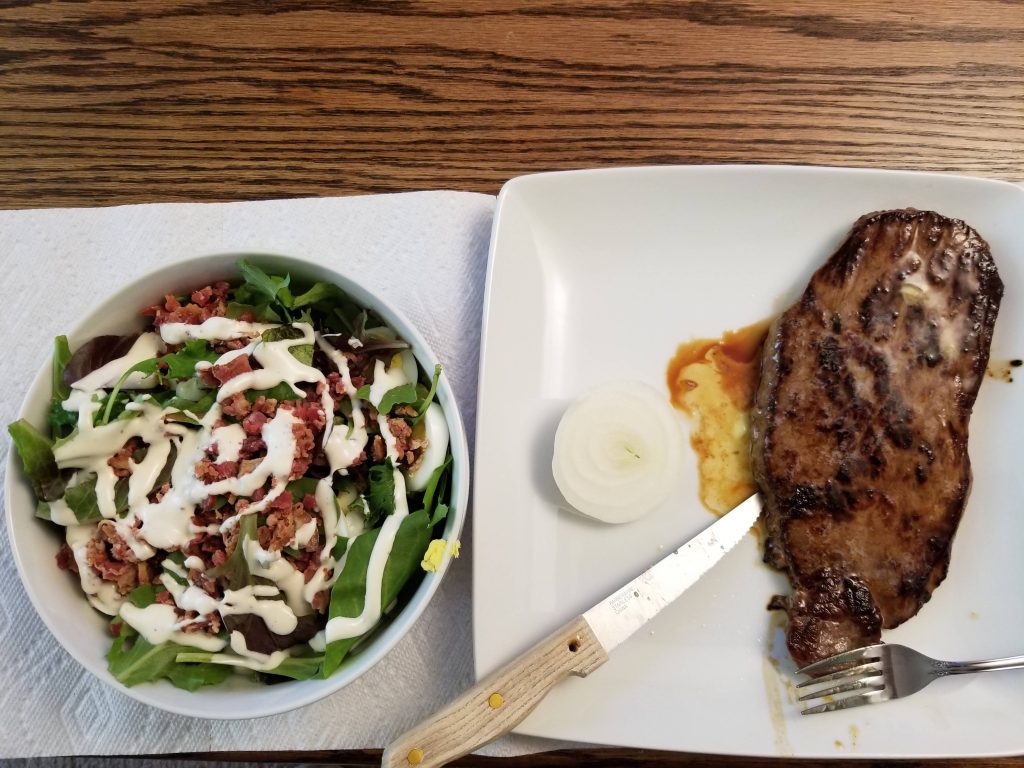 I couldn’t have the giant, loaded baked potato I desperately wanted, so I had a slice of raw onion and my usual salad. I did add a couple of boiled eggs to it, which is something I don’t normally do. It only adds a couple of carbs to the overall carb count of the meal, so nothing major.

I was hungrier than normal yesterday. I attribute that in part to being out of whack on my sleeping schedule, thanks to having to work nights and days Monday through Wednesday at midnight (going into Thursday). So I do think I consumed more calories yesterday than normal, but as evidenced by the weight loss, it didn’t negatively impact me.

Last week, my second carb splurge meal ended up being a Taco Bell run, mainly so I had an excuse to open and try the Taco Bell (Mild) Tortilla Chips.

For today’s carb meal splurge, I opted for a Burger King run. I didn’t snapshot the primary meal I ate due to work needing me (as usual). But I got the Triple Staker sandwich with fries. It was decent enough. I think I would have liked it better with onion and tomatoes though.

I did take the opportunity to sample the new taco on the menu. 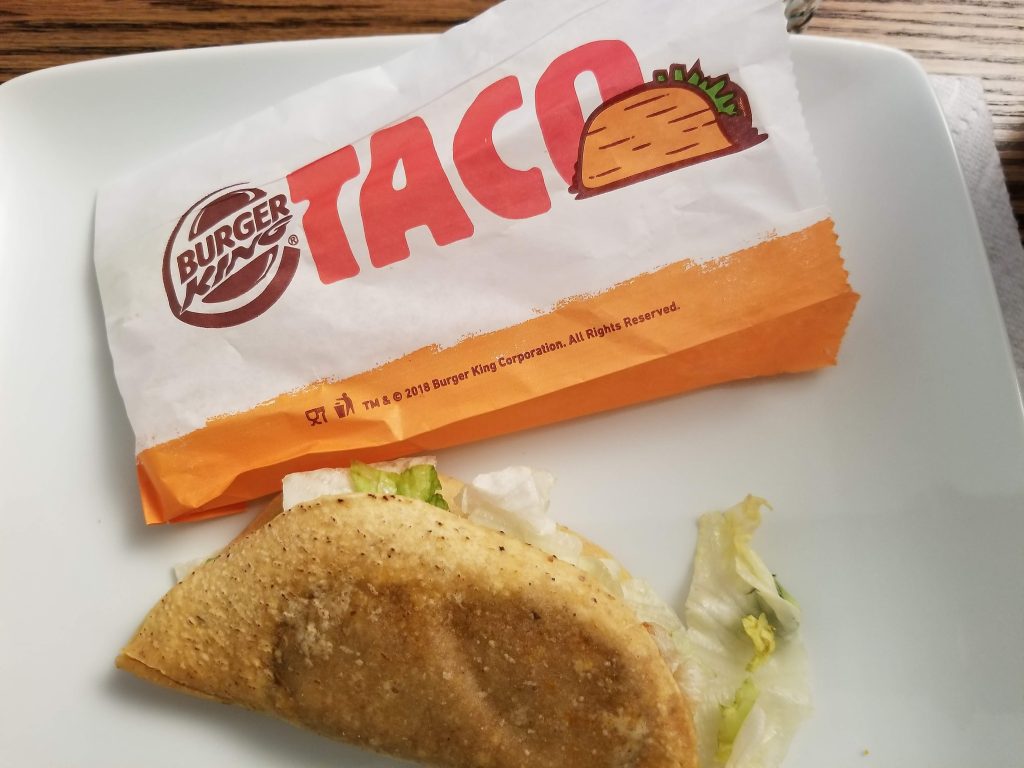 As for what I do for tomorrow’s carb meal, I’ve no clue. 😅