I actually started this post on Tuesday because I expect that when I hit the scales tomorrow, the news won’t be good. That’s because I have not improved my bad attitude at all over the last week. Indeed, not only am I feeling rather enraged at the moment (a good day for me is merely being angry), all I can think about is how good a Boston Creme Pie would go down right about now.  I’m not going to get one, but even though I’m not really hungry, food is heavily on my mind. 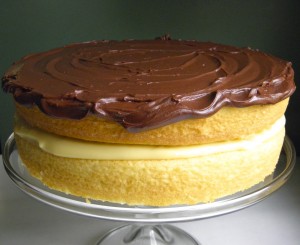 As I said before, while I’ve had no problems sticking to the strict fast days, I need to come up with a plan to deal with the non-fast days. This has proven much more difficult than I’d like, but is not unexpected. Indeed, these are the walls I’ve always faced over the years whenever I’ve decided to lose weight. Initially, I’m good, then something happens to put me in a negative frame of mine, which normally ends up derailing me and I go back to the way I was.

Well, all I can do is face the music, no matter how bad it might be and move from there.

OK, it is now Wednesday and time to face the music. Drum roll please.

Seriously, this shocked the heck out of me. I only weigh in once a week (on purpose), so I don’t know how good or bad I’m doing. With as bad of an attitude as I had last week, and with as much junk as I ate on my non-fast days, I was sure I would pick up a pound or two. As it turns out, I was fretting for nothing. At the same time, it goes to show that had I not been so negative minded and scarfed so much, I would have lost more weight.

So, while it wasn’t the two pounds I really should lose a week, it was a loss, and for thank, I thank God. ^_^