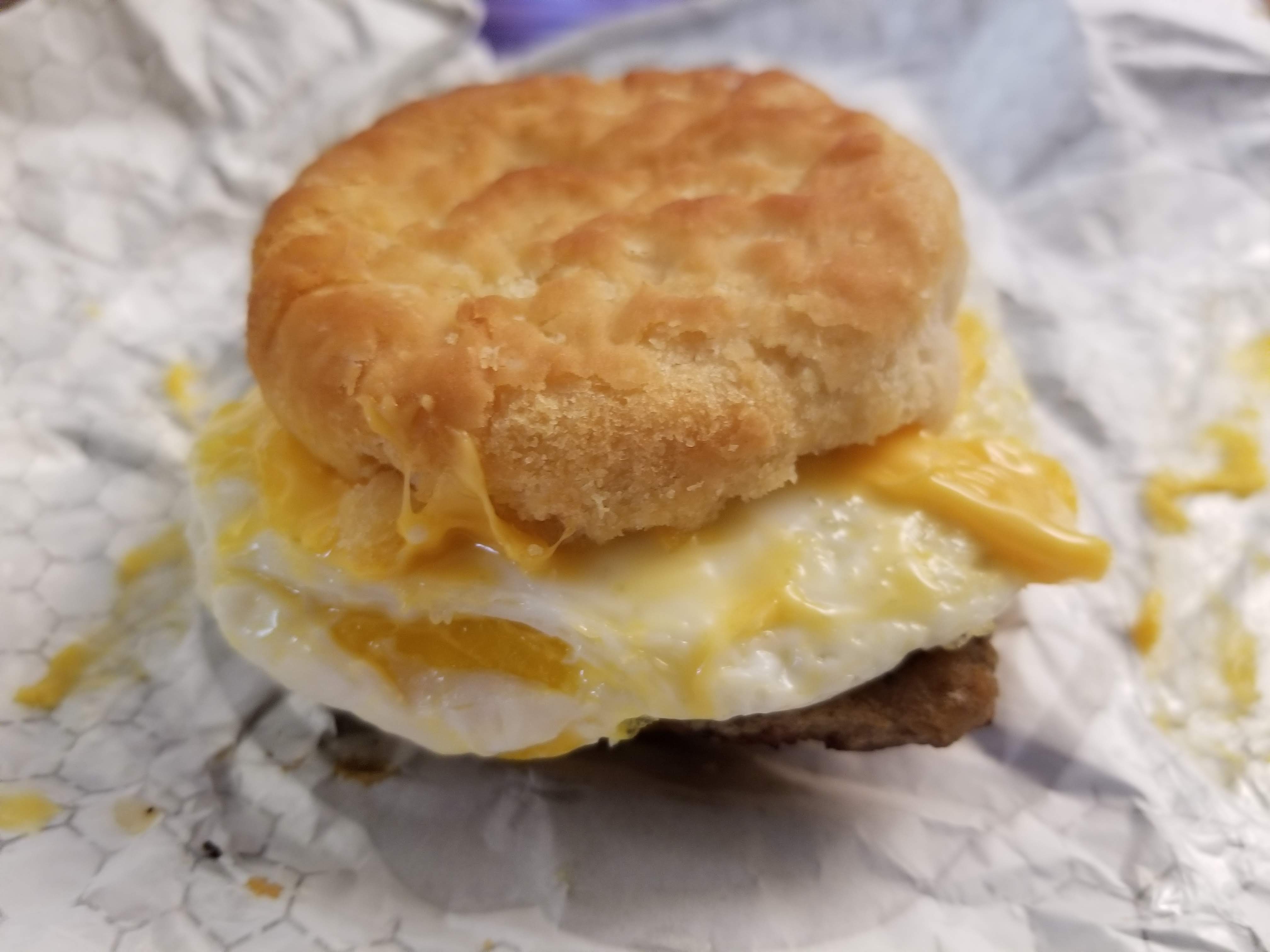 I’m rather behind, but I did weigh in last Friday. I did three pounds of damage to myself, checking in at 307.0.

I have to admit that last week, I just never was in the groove. I was mildly sick over the weekend, thus I had my second carb meal. But after that, while I did do low-carb, I know I ate way too much, and I wasn’t that strict on the timed eating part of the diet scheme. So yeah, gaining three pounds was not at all surprising.

That said, I did change my mind about skipping carbs Friday. I wanted to have a true test by going ahead and being stupid on Friday, then being really good the rest of the week. We’ll see how things go.

For my Friday carb splurge, I did the highly unusual thing and did an early morning breakfast run before work.I knew I’d be tied up all day, so I figured I’d try Wendy’s new breakfast menu.

For starters, I had the sausage-egg-cheese biscuit. It was OK. Nothing great, but certainly very edible. To be honest, I think McDonald’s sausage-egg biscuit with added cheese tastes better. Plus, McDonald’s seems to have more egg with theirs. 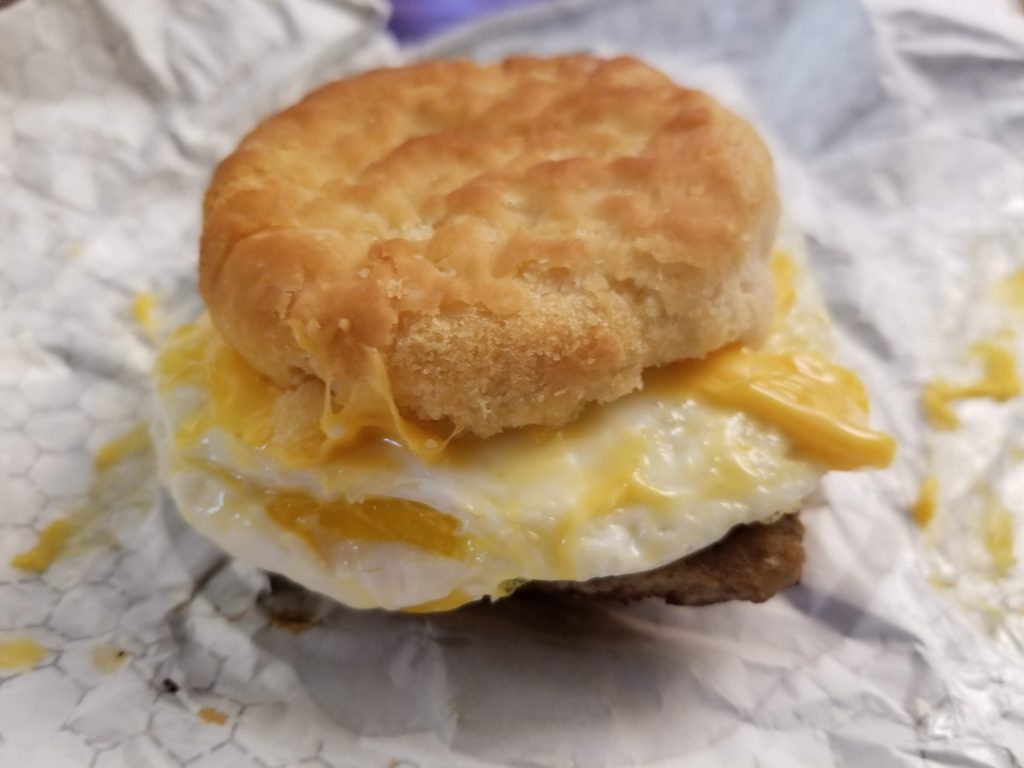 Next up, I tried the sausage-egg-cheese burrito. What surprised me was how small this was. Also, it was very dry. The tortilla wasn’t moist at all. Carl’s Jr. had a sausage-egg (or bacon-egg) burrito that I found much better, and larger. (Of course Carl’s Jr.’s Big Country Breakfast Burrito is the best and HUGE, but that’s another discussion.) And I would say the same for Whataburger’s sausage-egg-cheese taquito (which is really a small burrito). I rather like Whataburger’s taquitos. I don’t think I’d get Wendy’s breakfast burrito again. 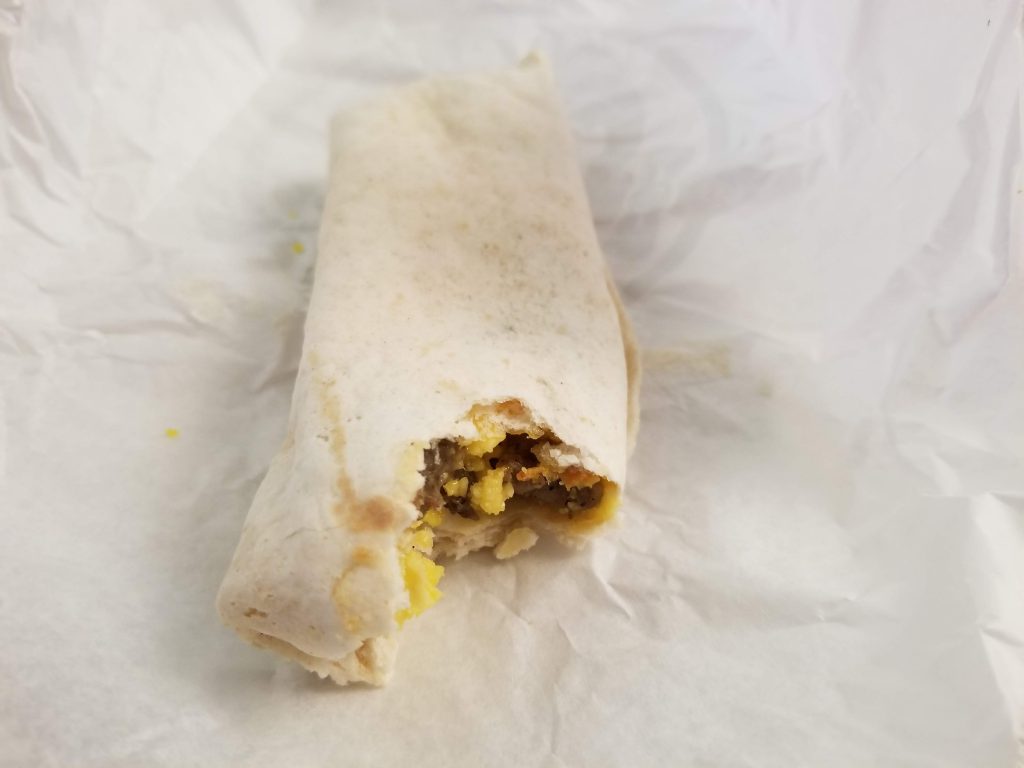 Finally, I tried the Breakfast Baconator with Seasoned Potatoes (wedges). This wasn’t bad, but the cheese sauces and such overrode the hamburger patty. I’m thinking that if I got this as a double, it would be better. I do enjoy a cheeseburger with a fried egg. 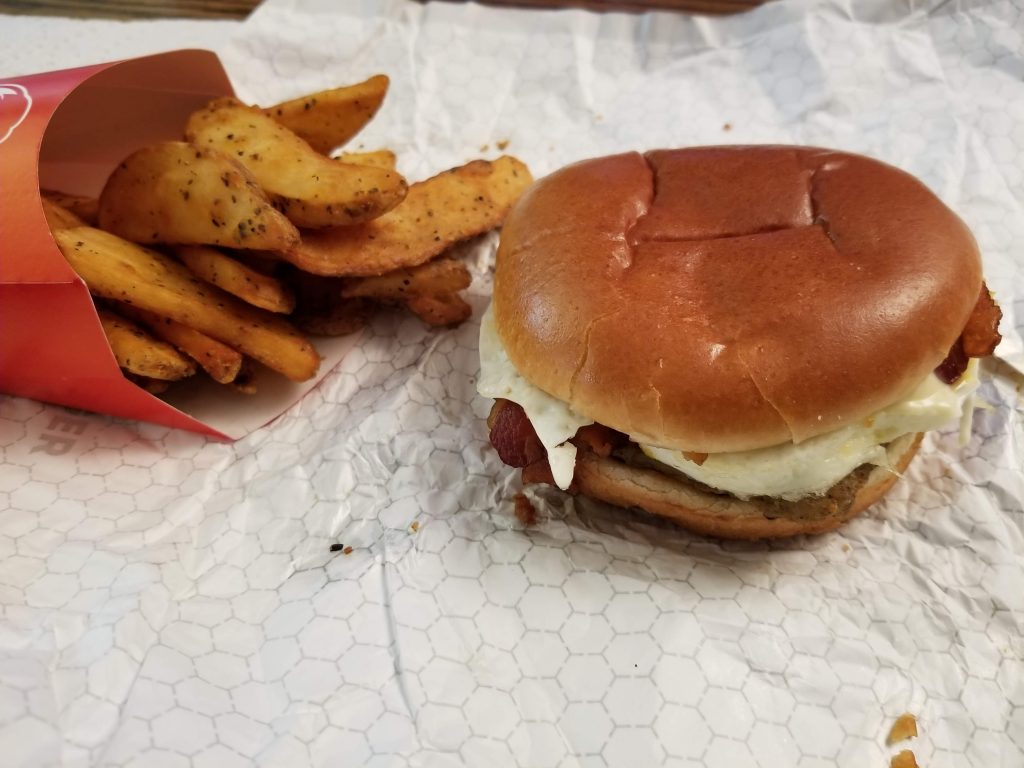 Friday night, I did decide to have tuna-mac again. Not sure why I’ve craved that so much of late.

Assuming I lose weight, I’m pondering trying to get rid of some of the breaded catfish I have in my freezer. And since I’ve also been craving grits, I thought I’d have grits with the catfish. Normally, I wouldn’t, but it does sound interesting. Of course, it seems most recipes I find online are for cheese grits. Not doing those. Just butter and salt is all I’m adding to mine, and maybe a dash of black pepper.