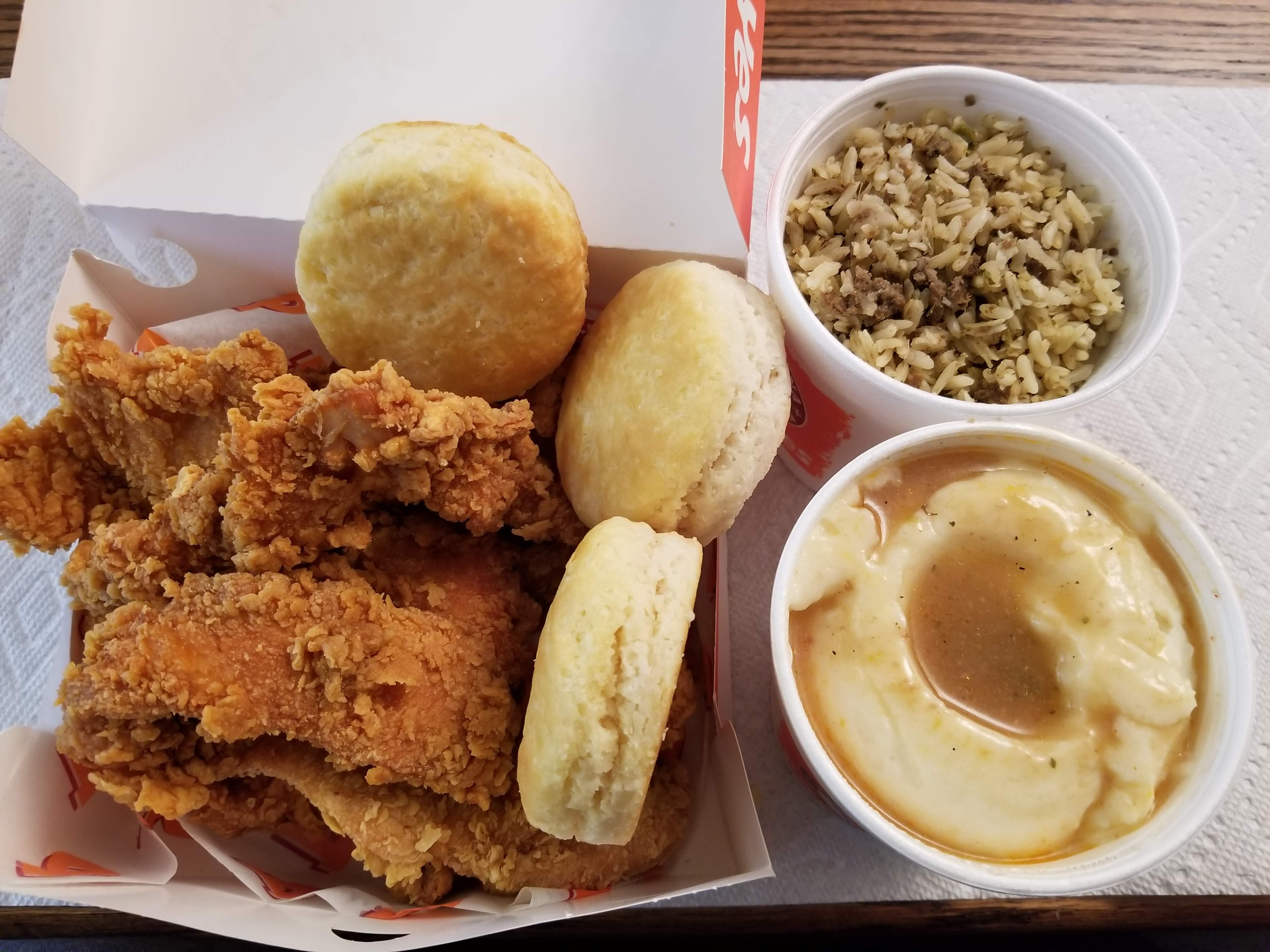 Time for the weekly weight check-in. Friday’s weight had me at 304.0 pounds. That’s a 0.4 pound loss on the previous week. I’m kinda disappointed after having a good week after the carb splurge day.

The “Perils” of Weight Loss

I admit, that always plays havoc with my mental state. On one hand, if I’m naughty but still lose weight, I’m tempted to be naughty. On the other hand, if I am good but don’t lose the weight I expected, I tend to just go, “I’m going to enjoy myself, ’cause I feel bummed for not losing the weight I thought I would. Sadly, despite knowing these pitfalls, I often fall into them, as happened this weekend.

For my Friday carb splurge, I went to Popeye’s. The idea was that I would get a restock of my buttermilk biscuits for the freezer. Unfortunately, although they charged me for the extra dozen biscuits, they didn’t provide them. Needless to say, I was not a happy camper. However, in addition to making this mistake in their favor, they made a second mistake in my favor. The meal I ordered came with nine spicy chicken tenders. They have me those nine plus four regular tenders. So that mitigated my anger somewhat. But when I tried to call the restaurant, the phone just went to a generic answering machine. 😑

That aside, in addition to the tenders, I scored some of their mashed potatoes, Cajun rice, and a red velvet cake. 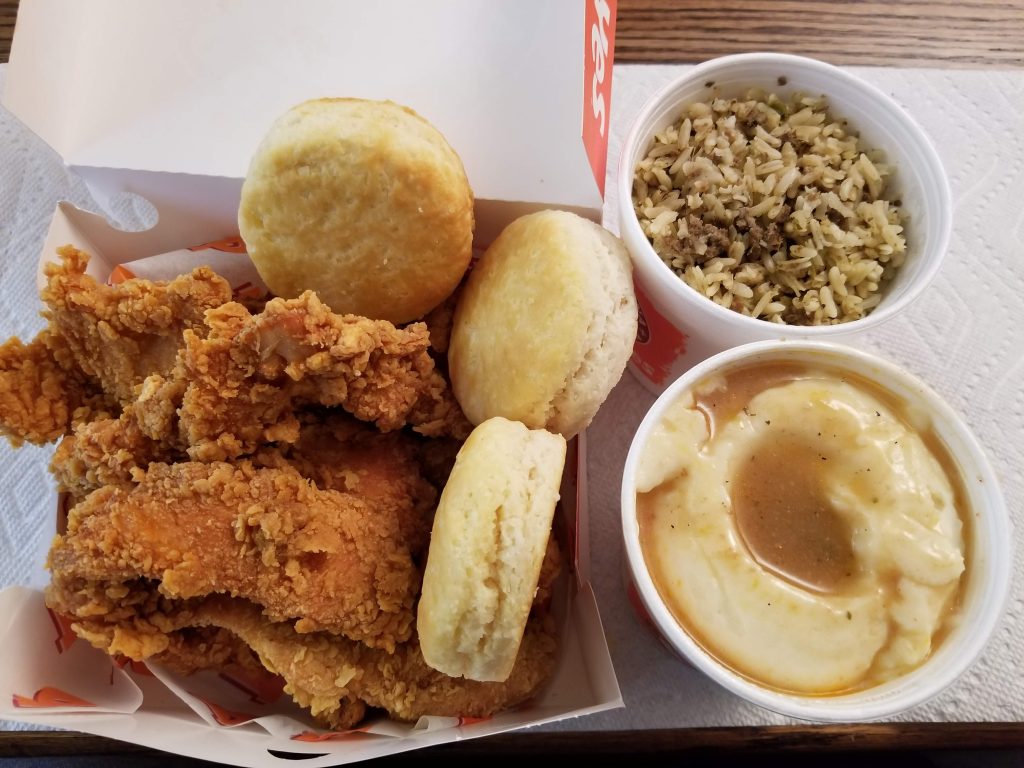 Friday night, I ended up collapsing and making a pot of tuna-mac. I know I shouldn’t have, but on one hand, I had my negative attitude about my limited weight loss. And I also wanted to do a food celebration after a six-hour stream that allowed me to finish the Star Wars: Knights of the Old Republic game.

I wasn’t feeling the greatest Saturday (and that remains true as I write this now). So after some debate, I decided I wanted to make hamburger steaks, grits, and waffle fries. The grits are what I fancied most for some reason, and they were great. I just wish I had made more. 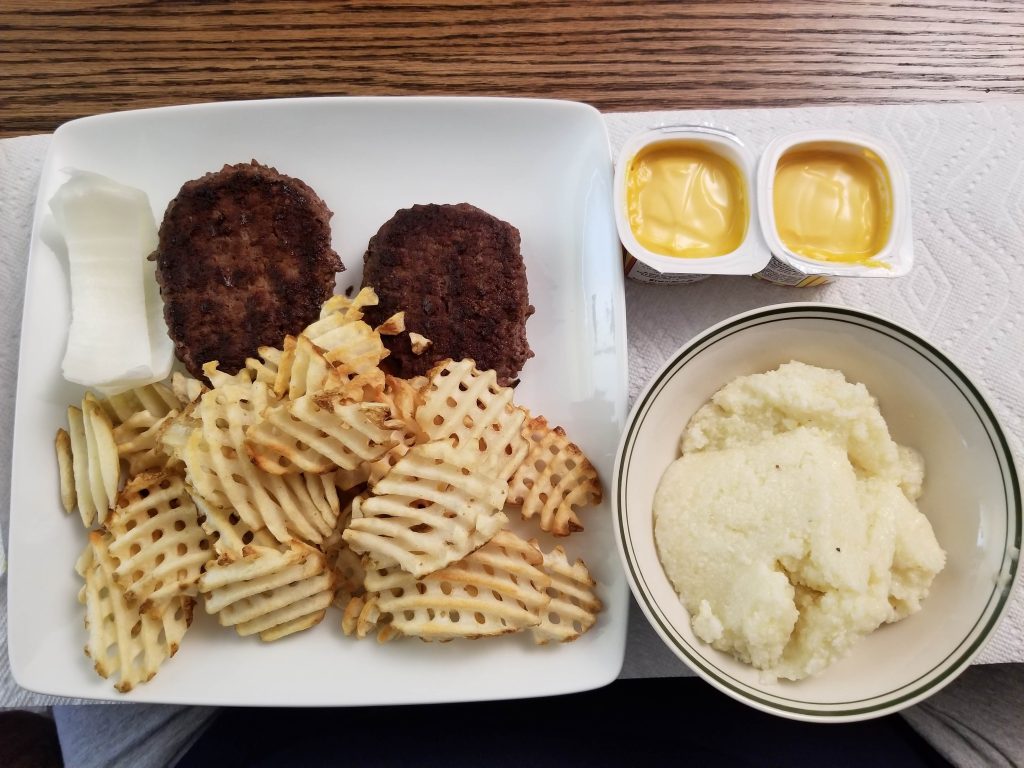 Since I was so bad this weekend, I’m pretty sure I’ll be skipping carbs next weekend. Well, it is a fair trade-off right?