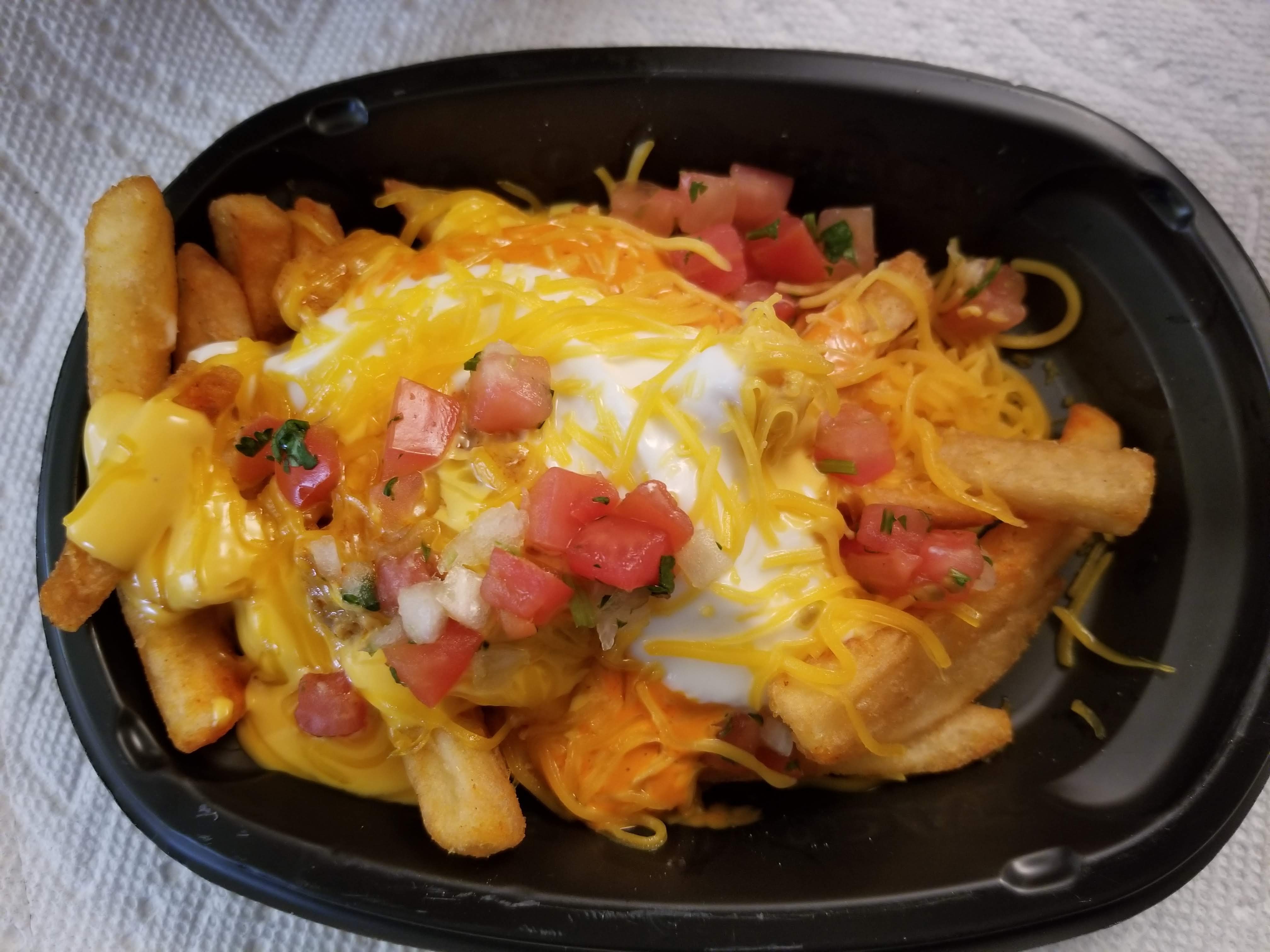 Time for the weekly weight check-in. Friday’s weight had me at 304.4 pounds. That’s a 1 pound loss on the previous week. I wasn’t sure if I’d .lose much, but I’m glad for the pound loss.

Although I went nuts last Friday, I’m glad that it didn’t throw me off course with my weight. I was pretty good with the normal low-carb/timed eating plan that I’ve been following. However, I had been a bit generous with the ranch dressing on my salads.That can quickly add up the carbs in a negative way.

Also, for some reason, I fancied sausage a lot last week. So while the carb aspect isn’t too bad on that front, having a lot of sausage meant more calories. Thankfully, it all came out alright.

For my Friday carb splurge, I went for the Taco Bell option I punted on the week before. So I tried the new Buffalo Chicken Nacho Fries. Can’t say that I was all that impressed. However, considering the state of the regular nacho fries that I ordered, the fries probably had been sitting out for a bit. That aside, even with fresh fries, I wouldn’t get this again. It was fine for what it was. But I don’t think I’m a big fan of the nacho cheese and buffalo sauce combination. Separate, yes. Together, not so much. 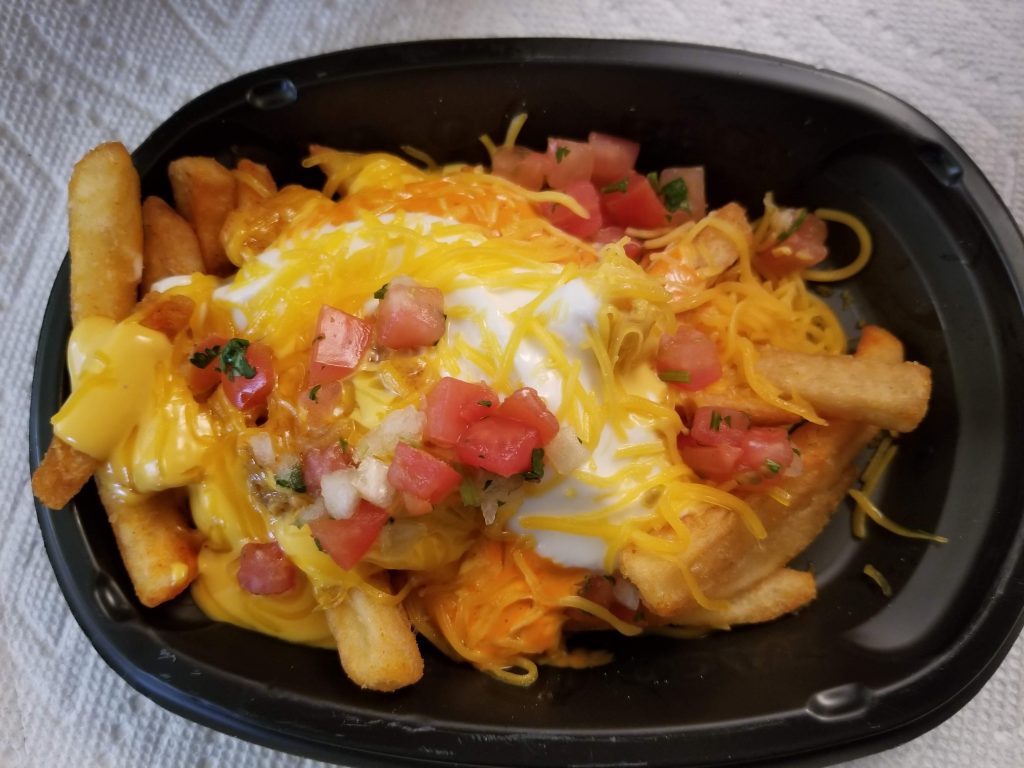 I also tried the Double Cheesy Gordita Crunch. That too was OK. I’m not sure I’ve ever had a gordita. Basically, it seems to be a super-thick tortilla, but slightly different. I prefer regular tortillas. As such, both of these menu items are passes for me in the future.

Taco Bell kinda jacked my order though. I ordered some taco supremes, but they gave me regular tacos instead. At least they only charged me for the regulars. Even though they put them into a separate box, presumable to help protect them, my tacos were all crushed. 😑 And for some reason, they gave me a Buffalo Chicken Nacho Fries Burrito for no extra charge. That too was OK, but nothing I’d seek out in future.