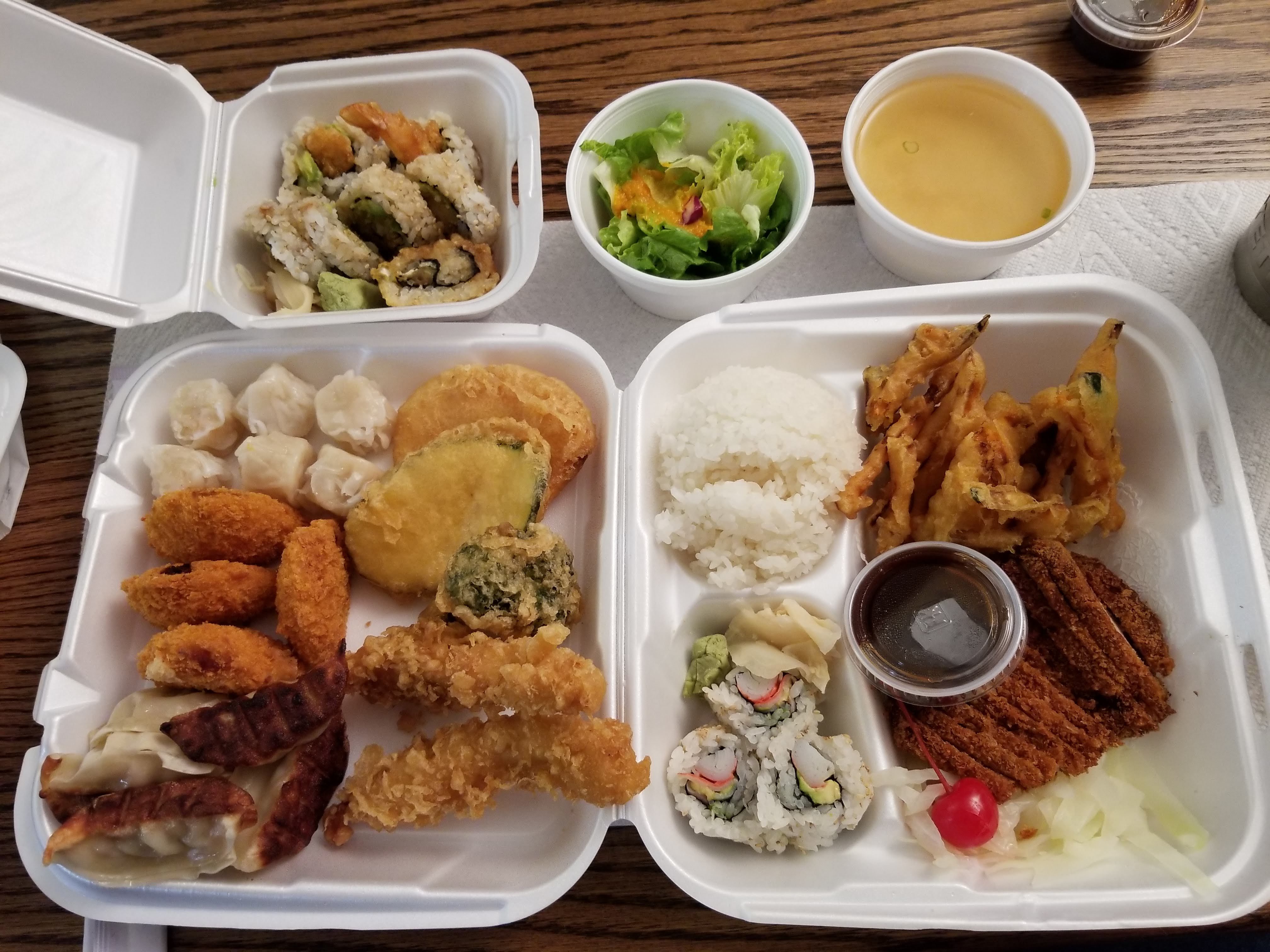 It is Friday again, which means it is time for my weekly weigh-in. This week, I weighed in at 310.6 pounds. That’s a surprising 3.2 pound loss. And of course, that’s a new low for me as well.

Are the Scales Correct?

No matter what home scales I have, sometimes I question their accuracy. The previous scales I owned were always all over the place. My current scales tend to have good days and bad days. On a bad day, it is difficult to get an accurate weight as it reports wildly fluctuating numbers. So I generally go with whichever number came up the most, whether high or low.

I mention this because I didn’t expect a 310.6 weigh in. My initial step on the scales was 311.4. That seemed in line with what I was tracking for, though there was an outside chance of dropping lower. But then every other check of the scales was 310.4 or 310.6. And since it remained at 310.6 after my shower, that’s what I’m reporting.

One major change over the past week was the fact that I’ve been going to exercise class again. My job has kept me so busy with projects and meetings, my normally scheduled time for working out gets flushed. So while I know that unless one is working out 8-12 hours a day, there’s no real weight loss from exercise. But burning a few extra calories and increasing one’s metabolism a bit doesn’t hurt.

Also, I have started stretching the timed eating part of my diet scheme. I used to quit at 7-8pm, and not eat again until 11am or 12pm. Now I quit at 6-7pm, but still don’t resume until 11am or 12pm (usually the later). This last week saw a few days were I went to about 1pm. So I think that extra fasting time probably contributed to the weight loss.

I’ve been kinda craving Japanese food for a few weeks now. Since today’s exercise class got canceled, I ended up having plenty of time to travel across town to score some of my favorite Japanese foods. 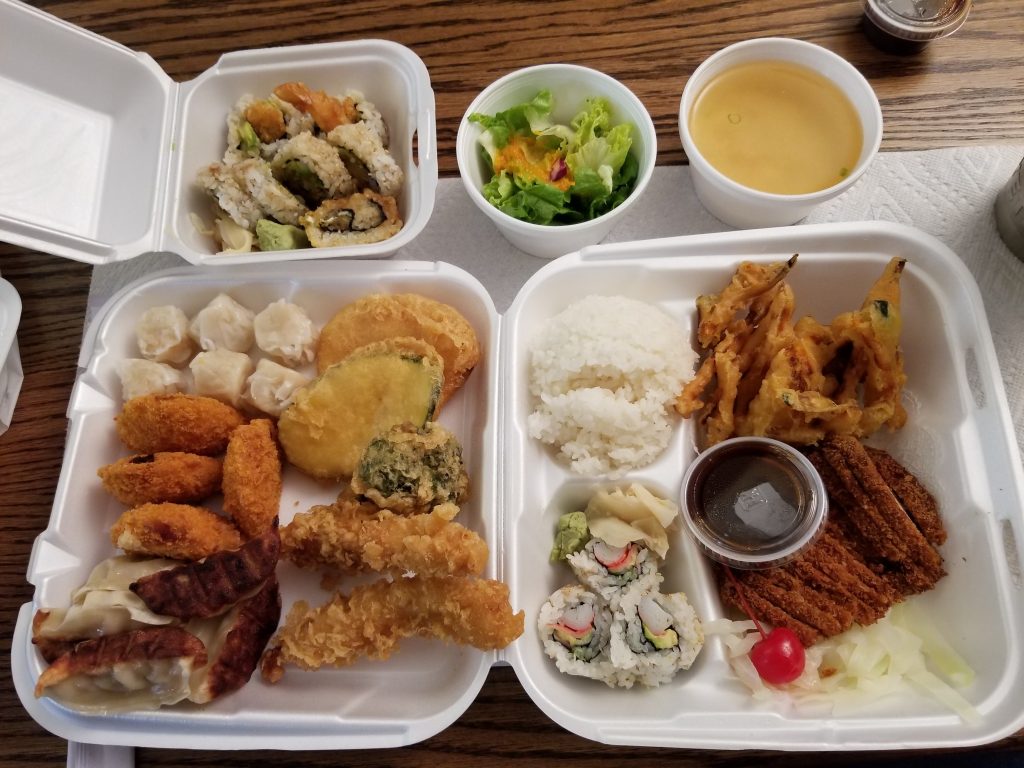 The feeding frenzy consisted of tonkatsu, steamed rice, chicken and vegetable tempura, small California roll, shrimp tempura roll, gyoza, shumai, potato croquette, salad, and miso soup. I am stuffed to the gourd, but it was amazing!

The plan is “more of the same” in terms of eating. I have another late-night tonight. We’ll see if I cave and eat another carb meal. As we saw, last week’s collapse didn’t end up hurting me somehow.

As to Friday’s carb meal, I’ve no clue at present.I’m pretty sated at the moment, so I’ll decide later.