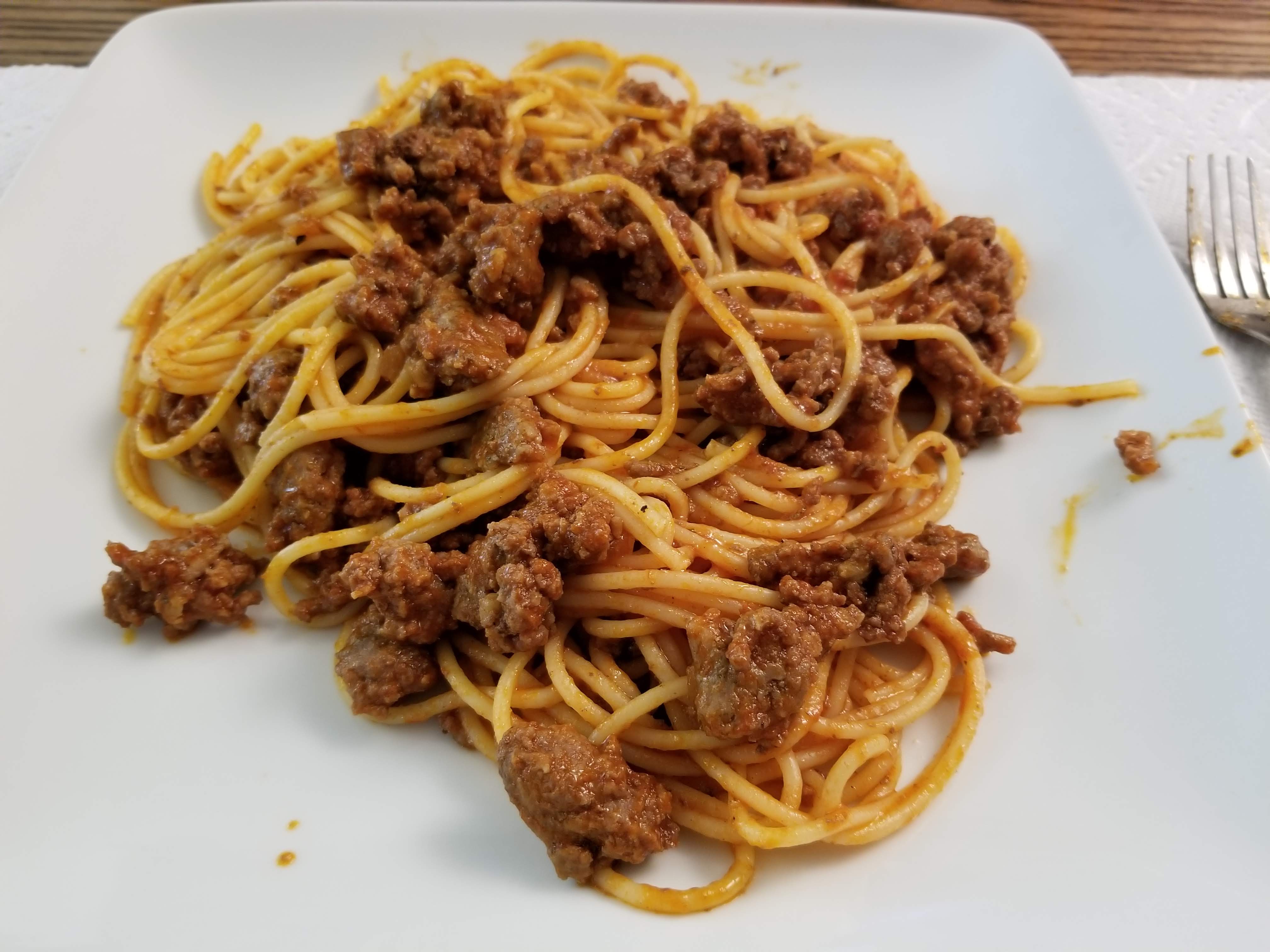 Another late post. There’s just so much going on. On Friday, I weighed in at 315.6 pounds. That’s a 1.6 pound gain.This was not unexpected.

As I said last week, I forgot I had a going away party to attend Saturday night. So I’d already done a double-carb day on Friday. And because of my insane workload of late, on Saturday late morning (10am), I decided to get some Taco Bell rather than go low-carb. So that obviously didn’t help.

And then eating late Saturday night didn’t help either. But hey, its over. It has still been insane with work, but the project that’s making me work ultra late nights with very little sleep should be done this week.

Lately, I’ve been mostly eating out for my carb splurge meals. Friday, I was way too wasted to be safe to drive anywhere. And I don’t know if I trust delivery services to get me my food properly. (Well, outside a pizza place or a Chinese place doing their own delivery.) Since I really fancied spaghetti, I made some. 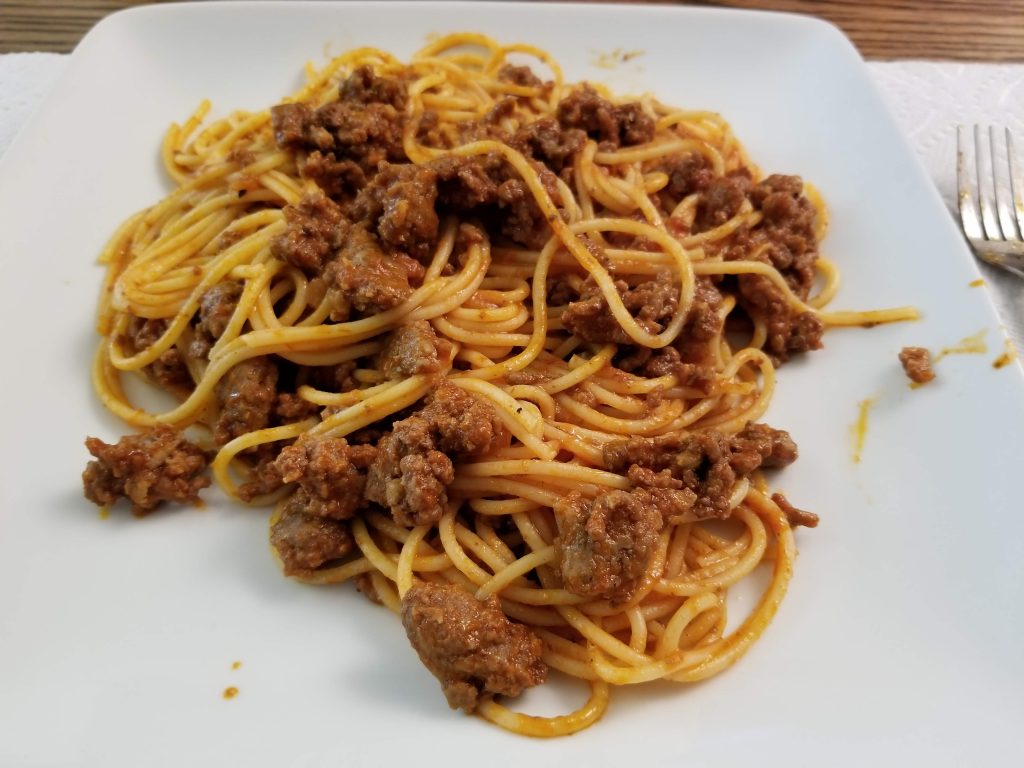 I could have used a salad with this, but I was out of lettuce. 😅

I did the double-carb meal Friday since it was to be another mega-late night. In that one, I had some hamburger steak w/ ramen noodles (as a side dish, not soup), and some waffle fries.

Next week, I have no clue what I want to do. I’ll figure it out then. In the meantime, I’m back on the low-carb meals. So hopefully, I can get back to the 314 range on Friday.