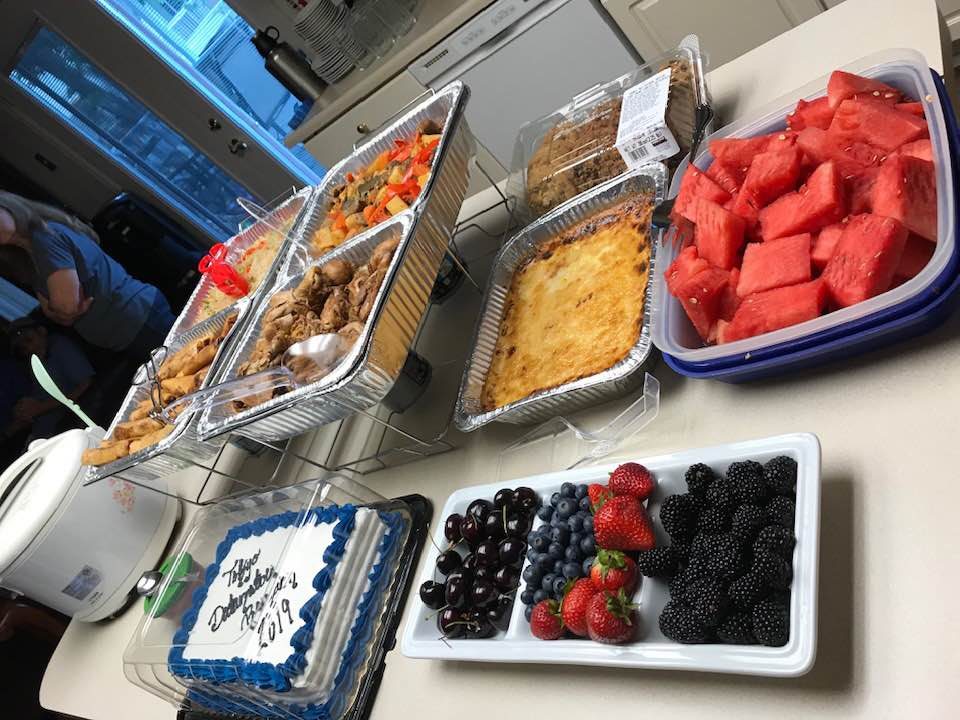 Well, its the moment of truth. As I expected, last weekend’s celebration with my old comrades from Japan resulted in a derailment of weight loss. I clocked in Friday morning at 318, which is a gain of 3.2 pounds. What’s scary is that on Monday, I checked to see how much three days of just indulging myself hit me. It was 326.8 that morning. 😅 So I was happy to see it had dropped that much.

One of the things that killed me last weekend was not following any kind of limiter scheme. When I went on vacation, I had limiters in place, primarily the timed eating scheme (not eating after ~8pm and not resuming until ~12pm) and then enhanced with the Carb Addict’s Diet scheme. There were exceptions to this, such as my long road days as I’d often eat a Jalapeno-Cheddar Biscuit with Egg and Sausage if there were a Whataburger present. So even though I enjoyed eating on vacation, I still lost a couple of pounds

But for this past weekend, there were no limiters. We ate late dinners, earlyish breakfasts (including a breakfast buffet), and some kind of mid-day much (not a full-on lunch, but usually sampling something). And on the final day, it was homemade Filipino food. 🤤🤤🤤

And I wasn’t doing my normal diet drink routine either at meals. So yeah, not really surprised at picking up some pounds

This week is going to be interesting. I have several birthday events scheduled through the week. I want to have my annual hotdog from Five Guys. I want my annual Boston Cream Cake, which will take at least a couple of days to eat. 😅 And I want to make some spaghetti. And on and on and on.

So for this week, the plan is to have the timed eating scheme in place as well as Carb Addict’s. Saturday night was a bust on the timed eating, but that’s due to working almost all night. But after I get through this weekend’s work fun, that element will be back on.

Kinda thinking I might still pick up some more weight, which is a bummer. But then the key is to get back on the wagon the following Monday and get back on track until Thanksgiving.