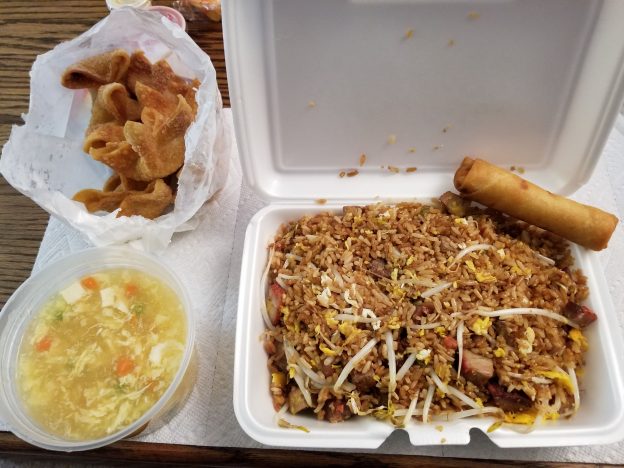 I was rather bummed today. My weight held steady at 320 pounds. What made this all the more depressing was that on Thursday morning, I did a sneak peek at my weight and the scales said 318.6. So I was pretty stoked about that. That’s why it is so hard to know what nailed me so hard.

I had a salad yesterday, but I did add a lot of extra sandwich meat that I wanted to use before it went bad. This rotisserie chicken stuff wasn’t bad, but it didn’t work well as an evening snack like I’d hoped. I think it would have been great in an actual sandwich.

That said, I already knew that the amount I put into my salad would undoubtedly put me over the carb limit. After all, a serving of this sandwich meat contains one carb. Then you have a carb or two with the lettuce (net). Another carb with the ranch dressing. Another carb with a bit of cheese. And another couple of carbs with the tomato slice that I then diced up.

Despite this, I figured that at worst, I’d clock in at 319. Alas, this was not to be. When I reported this to my trainer today, she basically wanted me to not take a negative spin on this. After all, losing fifty pounds on the year isn’t anything to sneeze at. And it is certainly more weight lost than I ever did during the 2013-2014 period where I was recording my weight loss.

So with that in mind, I went ahead and had my carb splurge meal. I decided to go with pork fried rice, some crabmeat cheese wantons, and some rather unique egg drop soup. And the Chinese place threw in an egg roll for free.

Had some popcorn tonight, and then some tacos from Taco Bell. So yeah, not a great day. But I decided to just have a day “off” and then rather than have my second carb splurge day tomorrow, I would just get back on the low-carb wagon until next Friday.