Hey everyone. I hope you all had a good Christmas. Mine was a bit more interesting than I wanted, but that’s the way it is. Since it is Christmas and I’m trying to lose weight, it is now time for some Christmas weight loss fun. I say “fun” because before I’ve stepped on the scales, I know that it won’t be pretty. Indeed, there won’t be any Christmas weight loss is what I’m predicting. If I somehow end up with no weight gained, that would be a huge victory.

So what’s the verdict? An astonishing (yet not so astonishing when I think about it) 332.8, meaning that in one week, I packed on 11.6 pounds. I knew I’d gain weight, but man, I didn’t realize it would be quite so massive. ^_^;

I knew this week would be bad from the start. I had planned to make some accommodations to limit the damage, but alas, there were way too many things unaccounted for.  As such, I ingested way to many cakes, cookies, pies, and other deserts, to say nothing of the various other foods I had on a daily basis. I only had one 5:2 Diet day, and none of my Carb Addict days.  So yeah, it was pretty bad all the way around, and I knew I was in for failure of some sort by the time Tuesday hit.

This week, I do have a couple of bad days right from the start, but after that, I should be back on the wagon pretty much and hope to see a return to the weight loss rather than any more gains.

So until next week, a late Merry Christmas and Happy New Year! ^_^ 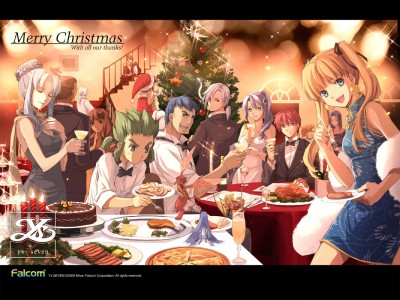