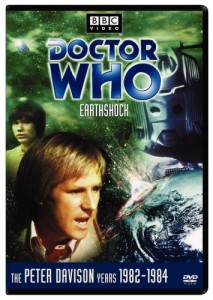 Since this is the 50th anniversary for Doctor Who, I thought I might review the episode that was my introduction to the franchise — Doctor Who: Earthshock. I was in high school at the time and one Saturday night, the store I worked at was pretty dead, so the assistant manager in charge let a whole bunch of us go home early. Since there wasn’t much happening at the usual hangout spots, I did the unthinkable and decided to go home, planning to read a book. Instead, I found my siblings gathered to watch Doctor Who, which I was vaguely aware of, so I thought, “What the heck, I’ll watch too.”

Thus began my love for this long running, British sci-fi series. Back in the late 80’s, the FX weren’t any worse than the classic Star Trek being shown in syndication. And Earthshock is a very powerful episode to introduce one to the goodness of Doctor Who.

BTW, if you want to buy the DVD (and it has lots of extras on it), you can do so here:

A squad of military troopers there to rescue some scientists who’d been trapped underground, but there’s only one survivor. The squad heads down to investigate, where they encounter the Doctor and some of his companions, accusing them of causing the problems. An attack by two androids soon proves the Doctor’s innocence, but after destroying an android and forcing the other to retreat, the Doctor discovers what they were protecting — a massive bomb, being sent signals from somewhere in space.

After disarming the bomb, the Doctor reluctantly agrees to allow the surviving troopers and lone scientist to accompany him as he tracks the signal to a freighter bound for Earth. After materializing the TARDIS in the ship’s cargo hold, the Doctor and Adric set out to get noticed. Unfortunately, they come upon two dead security officers and are accused of murder. Despite the bullheaded ship’s captain not wanting to stop for anything, the real culprits are revealed — the Cybermen, who quickly overcome the ship’s security force and take over the ship.

Despite having been thwarted when the Doctor deactivated their bomb, the Cybermen are moving forward with plan B, whereby the freighter crashes into Earth, killing delegates at a conference being held to address the Cybermen problem. With a cyber device in control of the freighter, Cyber Leader decides to have the Doctor take them to safety on the Tardis while the cyber forces activate and leave. Adric is left behind with the survivors of the ship’s crew, and he manages to overcome two of the three lockouts of the cyber device. This causes the freighter to shift back in time, causing Cyber Leader to force the Doctor to have the Tardis follow.

Lt. Scott and his few remaining troopers overcome the Cybermen guards to rescue Adric and the crew so they can escape. Adric, who was frustrated over not cracking the third lock of the cyber device, suddenly has a solution and returns to the bridge alone. However, his efforts are thwarted when a damaged Cyberman blasts the navigation console.  The freighter is now 65 million years in the past when it crashes and explodes on Earth, revealed to be the cause of the extinction of the dinosaurs.

The nice thing about viewing Earthshock on PBS back in the day is that all four parts of the episode were shown back-to-back. Thus, I didn’t have to wait week after week to see what would happen. Awesome. 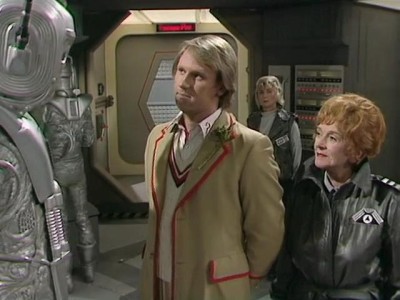 As an entry point into the Doctor Who franchise back in the late 80’s, this was an excellent one to do so.  For starters, we have a classic Doctor Who foe in the Cybermen. Further to that, this episode has a montage to previous Doctors when the Cyber Leader briefs his lieutenant on what they are up against. Further, there were numerous reference to earlier episodes which gave the a glimpse of how huge this universe of Doctor Who truly is, but also piqued my curiosity to know about E-Space, Romana, and the like.  As I think back, I realize this was likely the point to where I began to prefer serial TV series rather than episodic TV series. 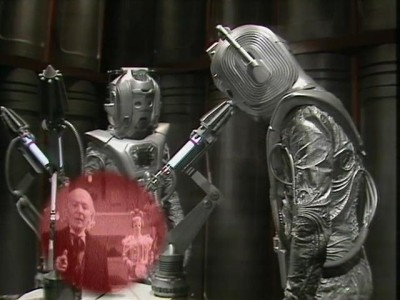 The story is quite dark, much more than I had expected as a teenager, but I think that darkness is partially what has made it still such an enjoyable episode for me to this day. You have the scientific team having been wiped out with a lone survivor. You have a military squad sent underground to try to find out what happened and who was responsible. You have something stalking the team and killing some of its members in gruesome ways. Of course, the ending of the episode makes this one of the darkest (if not the darkest) Doctor Who episode ever made.  More on that in a bit. 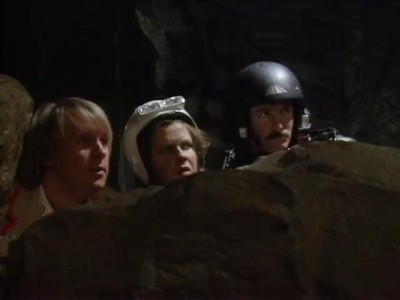 Part 1 sets up this false notion that the antagonist of this episode will be a couple of mysterious androids. So at the end of part 1 when it is revealed that the Cybermen are actually pulling the strings from a safe distance away from Earth, it is a nice surprise. Part 2 has the nice montage of the previous Doctors, but other than having to deactivate the bomb and get to the freighter, not a whole lot goes on here. Part 3 picks things up when the Cybermen reveal themselves to the Doctor and company and there’s a desperate fight to try to prevent them from taking over the ship. Part 4 then wraps things up nicely by having the Cybermen succeeding everywhere, only to have their plans thwarted by the freighter suddenly entering a time warp thanks to Adric’s intervention. 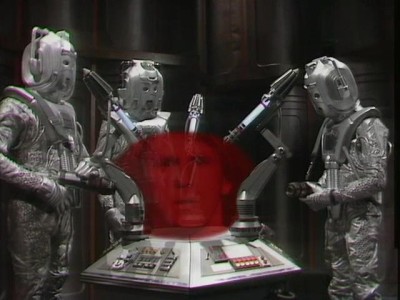 I liked this idea that the object that struck Earth and killed off the dinosaurs over 65 million years ago was in fact a freighter from the future, which had been turned into a flying bomb to try to destroy Earth of the future. The Cyber Leader was pleased when he heard that the freighter was traveling back in time because he’d be destroying Earth at an earlier point in its history, thus changing time, thus removing humans from thwarting Cybermen plans and making the Cybermen a more powerful force.  When Cyber Leader learns that all that’s going to happen is make sure history happens as it should, it was as if I could actually see the face of the Cyber Leader fall, a tribute to the acting skills of David Banks, who is the best Cyberman ever, even over the new Cybermen.  Yeah, I know Cybermen aren’t supposed to have emotions, but there’s just something about the way David played the role that I just loved and miss today. 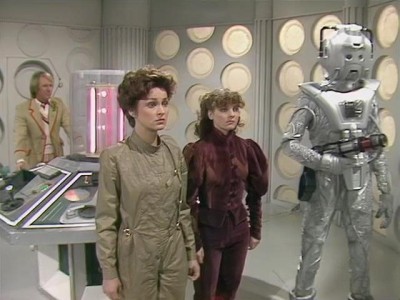 Then there’s Adric. Although this was the first episode I’d watched for Doctor Who, it was obvious that Adric had been with the Doctor for quite some time.  He wasn’t some unnamed, “red shirt” dude waiting to be killed.  As such, there was no way I thought he was going to die. As I watched the episode, I thought, “What sort of last second thing will happen to save him? The Doctor does have a time machine, so maybe that’s what will happen.”  So I was in a state of disbelief when the freighter blew up, the Doctor, Nyssa, and Tegan were acting as if they’d witnessed a horrific tragedy, and then the episode ends with no music and Adric’s broken badge against a black background. 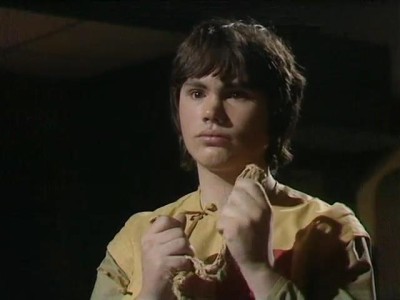 That really had an impact on how I viewed Doctor Who. Without a massive history of “The Doctor and his companions always come through OK,” every episode I watched afterward that took place after Earthshock had me wonder if the companion would be killed when their life became in danger. It was a brilliant move. 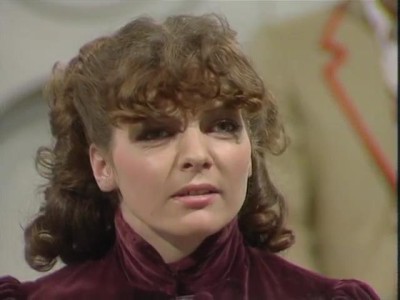 While this episode is mostly very good in terms of story, action, and drama, there are elements that aren’t so good. The freighter captain, played by Beryl Reid, comes across as absolutely clueless and unbelievable. Even as a teenager, I wondered, “How’d this old lady get to be a ship’s captain anyway when she seems as dumb as rocks?”  (As an aside, I loved her character in the movie Yellowbeard.) 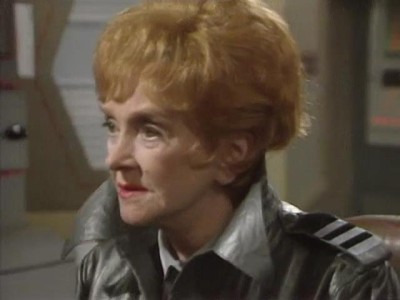 The other weak element was with the Cybermen and their activations. As I understood it, this freighter’s cargo was a legion (or however many) of Cybermen in their tubes. Yet even as the freighter is going on its way to a fiery death, Cyber Leader orders the activations to continue and Cybermen bust out of their containers. I remember thinking that once the ship had been taken over, all of the Cybermen should have been activated immediately, then evacuated. As it was, it seemed silly that Cybermen are being activated at the literal last moment. 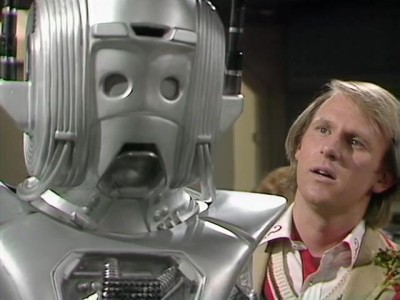 I loved the joke made about the caverns in part 1 being lit when there were no lights around. It is one of those things that stuck with me from that day forward.  After all, when one goes underground, there’s no light, but obviously since the audience needs to see the characters, these caves are always mysteriously lit. Well, this episode gives an answer to how pitch black caves are lit up and a laugh to boot (at least for me). 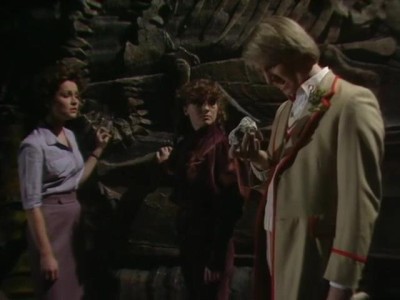 For the DVD, there are some nice things here. The entire 4-part episode has commentary by Peter Davison (The Doctor), Janet Fielding (Tegan), Sarah Sutton (Nyssa), and Matthew Waterhouse (Adric).  There’s an information text option that has popup text blurbs to note trivia things or other things of interest, which I really liked. The featurette Putting the Shock Into Earthshock gives some great info on what went into making this episode, why Adric was forced to leave, and the like. There’s a humorous but short Claymation “episode 5” that suggests Adric actually survived the crash into Earth, only to meet his end by another means. There are other extras as well, but these were the best of the lot. 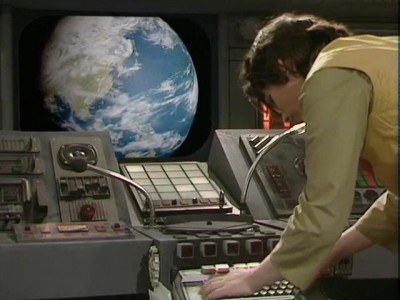 Doctor Who: Earthshock was a great episode to introduce me to the world of Doctor Who, which I have remained a fan of ever since. It also made Peter Davison “my Doctor”, which is why the 2007 Time Crash special mini-episode is so awesome to me. When David Tennant’s Doctor said, “You were my Doctor,” I was right there with him. ^_^ 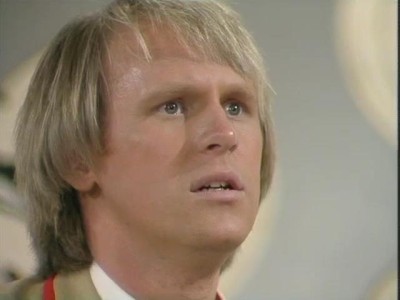