Since I’ve not been doing well at all in losing weight since I started working days, I’ve been pondering what to do.  Having an analytical mind, whenever there’s a problem, I have to solve it.  Obviously, the simplest solution is to eat less. Unfortunately, what looks simple on paper is sometimes not to simple to accomplish in reality, which is how things are with the whole weight lost with me.

As such, I’ve added a new element to the 5:2 Diet scheme. I won’t discuss what that is at this point until at least another positive week has passed. After that, I’ll go into it with more detail.

Regardless, this new element will add another level of discipline to my eating lifestyle.  For example, on Thursday, my contract company’s account rep brought in breakfast from Santiago’s for us. My boss insisted I take two breakfast burritos, and since they are pretty good, I said, “Sure.” Normally, free food and I are a bad mix as I go right off the wagon.  But this time, I saved my burritos, put them into my cooler, and since they reheat pretty nicely in the microwave, I’ll have them for a lunch Monday. 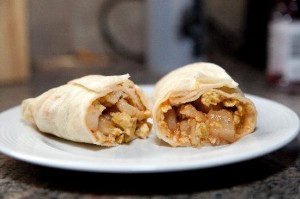 I’d nearly forgotten about it, but on Wednesday, some rep came to sign up folks for either Sam’s Club or Costco. Contractor scum like myself weren’t invited (bastards), but they brought goodies, the leftovers of which I was invited to partake in. So, I grabbed a large, chocolate muffin and a bunch of cookies. I still haven’t eaten them. ^_^

Anyway, as I said, if I have another good week, which I think I will, then I’ll talk more about this second element I’m adding to make things right.  (I may talk about it even if I don’t have such a good week, but we’ll see what happens.)