Week number 4 with the renewed attempt at the 5:2 Diet, so it is time to get on the old scales to see what horrors await me there. Shockingly, I actually lost weight, checking in at 342.0, a 2.2 pound drop. I say “shockingly” because although I’d planned to follow the 5:2 Diet plan this passed week, it didn’t work out that way. That’s because on my first fast day, Company B (where I work) had a going away party for the employees that were being let go due to the recent partnership Company B struck with Company C (the company I’m actually contracted to). Since it was barbeque, I decided I’d be bad and participate, but if I’d known it was going to be crap BBQ, I would have just stuck to the plan.

Then on my second fast day, I was OK until I got home. I had purchased a large, pre-made salad and planned to eat half of it, which would have been roughly 245 calories, including the dressing. Unfortunately, once I started, I didn’t stop, so I went well over the 600 calorie limit for the day. Having blown that, I had cheese and crackers to boot, but somehow, I refrained from really going El Nutso, limiting the damage to what I think was around 900 calories for the day.  Despite this, I was sure that I’d have gained weight for the week, but since I didn’t, I’m thankful to God for that. ^_^ 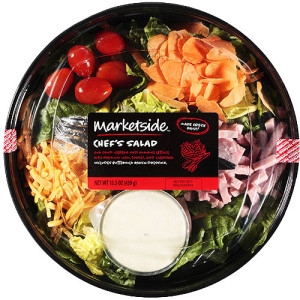 This being my first week in a structured day mode, I’m still having to adjust to life on the “right side” of things. I can already see that there are temptations to eat too much when I get home from work, something I did have to contend with before on 12.5 hour nights, but now, with more off time at home after work, the temptation is even greater. I’ll really need to watch that, especially when I do my grocery shopping on the way home.

Otherwise, I’ll take the win here and hope for more success in weight loss with no failures on the 5:2 fast days.