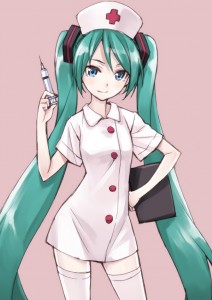 For the last several days (Since Saturday), I’ve been pretty sick, not quite as sick as I was in March, but bad enough. It was almost like a relapse of what I had back then since the symptoms were very similar. I didn’t have quite the fever I had then though.

As a result, I decided to put the 5:2 diet on hold for this week. I plan to resume it next week. I’ve no idea how this will negatively impact my weight loss, but hopefully, it won’t be too bad.

I was asked if I thought the diet was the reason I’ve been so sick so far this year. I do admit that it does seem suspicious. However, I think the main problem is the crappy air we breathe at work. There’ve been a lot of folks getting sick lately. In our team, there’s a guy who works the day shift who seems to delight in sneezing all over the place. He’s a known bugger picker/flicker, and he often snorts while wiping his hand up over his nose. Then, because he’s so freaking awesome, he has to get on multiple PC’s (part of his successful scheme to fool managers into thinking he’s working when he’s not), spreading his contagion. We all wipe down the entire area when we come in on shift, but that doesn’t mean it was enough. *_*

Regardless, the danger for me is throwing up the white flag, which is partially why I post blog entries to honestly report on my progress, whether good or ill. I’m not planning to do this, but I don’t want to be very depressed come next Wednesday and the scales shows an upward climb (and it might). For now though, the key is to get well.