It is another week down for the 5:2 diet, and I dropped a pound over last week, currently at 345.4. I had hoped for 344 range, but as my doctor would remind me, I’m still losing weight and it took me years and years to put on all this weight.  So, it is a victory, even if it isn’t the big victory I would have preferred.

Tonight was a fast night, and I had a couple of new menu items to try. First, was Lean Cuisine Pasta Romano with Bacon (260 calories). That was pretty good, enough so that I’ll probably get it again. I was surprised that there was real bacon, even in small amounts, included in this meal rather than turkey bacon. 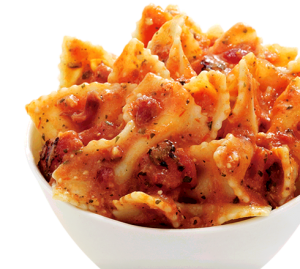 For dinner, I had the Jimmy Dean Delights Turkey Sausage Breakfast Bowl (240 calories). I’ve had several of the regular Jimmy Dean bowls, which have always been quite good, so I felt pretty safe trying this despite the turkey sausage (which I find to be a poor substitute for pork sausage). As expected, it was good and actually seemed to have more food in the bowl than a regular bowl. 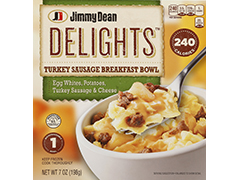 Well, tomorrow is a feast day, but rather than go out, I’m bringing in the other half of my Mexican meal from last week (currently defrosting in the fridge as I write). Until then…