Today was the feast day as I clocked in at 344.8 pounds. As expected, I decided to pick up Red Robin on the way in.  Specifically, I scored the Royal Red Robin burger, sans the lettuce, and fries. Man, there’s just something about how the fried egg and bacon just make that burger something awesome. 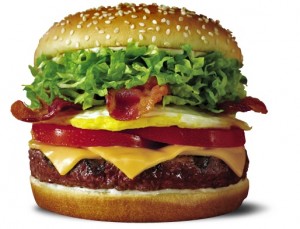 Surprisingly, I was unable to eat all my fries, so I saved the rest for later. That was when I also decided to sample the Smart Ones Three Cheese Ziti Marinara.  Not bad for a 300 calorie meal. 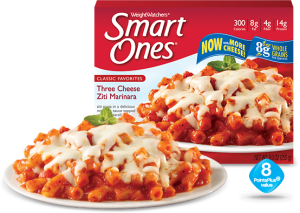 When I got home, I did something wicked and had a Little Debbie Swiss Cake Roll package. ^_^; Well, tomorrow is a fast day, so we’ll see how much my little splurge did to me.

I still can’t shake the last vestiges of the crud in my lungs. I haven’t had a voice in over a week now.  I may have jumped the gun on getting back on the diet bus as my doctor did advise caution, citing the need to get well first.  Well, hopefully I’ll fully recover and move on.