Man, the flu has really ravaged me these past two-plus days, courtesy of a co-worker who’d picked it up from his clan. Although I’m passed the worst of it, I’m still having coughing fits that nearly make me pass out. *_*

Anyway, Sunday saw my weight drop a tiny amount, down to 350.6.  However, as I started getting sick here, I only had some Campbell’s Chunky Chicken Corn Chowder soup and some saltine crackers for lunch.  Although I normally love this soup, this time, it just tasted like ash, thanks to being ill.  Later on, I had a couple of Mega Stuf Oreos just to eat something, but that too tasted like ash. 🙁 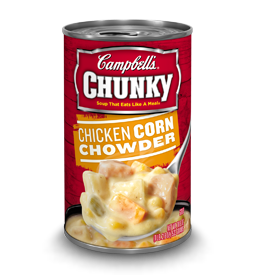 Monday saw the flu in full power, and I weighed in at 347.8, thanks to not eating and not drinking enough. Eventually, I woke up having sweated out my clothes and sheets.  Although still beat, I was hungry, so I guzzled a lot of diet Mt. Dew, then realized I really fancied bacon and eggs, so that’s what I had. Later, I ate a bit of cheddar cheese with crackers.

Anyway, the flu certainly changed up everything as far as the diet went. Next week, I’ll have to see how much weight comes back after the initial, larger losses.