I’m finally starting to feel like a normal human being again, now that all these drugs I’m taking are purging the crud out of my system. ^_^;  In the meantime, I thought I’d do some housekeeping to catch folks up on where I am weight-wise and the plan ahead.

Last Wednesday, I clocked in at 345.6, which is a 10.8 pound loss. Of course, my having been sick obviously caused additional, unexpected weight loss.  Since the new focus is on getting well, I put the 5:2 diet on hold for the time being.  The plan is to restart things come Wednesday, but I’ll be playing it by ear.

The weight has continued to fall off though, as I got down to 341.8 by Friday.  However, this was mostly water weight, so I have been drinking quite a bit and it is going back up somewhat.  That’s not a bad thing at this point in time since the weight loss was far too rapid. Wednesday will mark the new starting point and we’ll go from there. 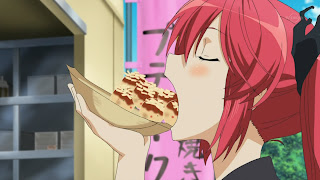