During my time off from work, I was keen to do an experiment to see how the 5:2 diet would work under “normal” conditions. What I mean by that is how would my weight be affected when I ate normally for four days in a row?  As such, I purposefully avoided scales and just went as normal, eating some KFC chicken (passing on their sides ’cause I remember when KFC sides were actually really good), some burgers, etc.

While I was off, I did sample a few more Smart Ones dishes, so I thought I’d give a quickie review of each.

The Mini Rigatoni with Vodka Cream Sauce (290 calories) was OK. There was nothing wrong with it per se, but it just wasn’t my cup of tea. 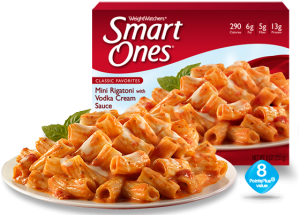 The Chicken Fettuccine (290 calories) was pretty good, enough so that I would get that again. 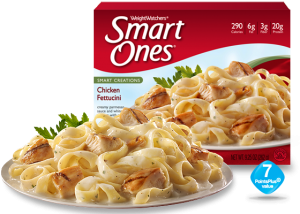 The final Smart Ones dish I tries was the Slow Roasted Turkey Breast (200 calories). This was quite good. Since each meal is only 200 calories, there may be fast days were I eat three of these.  I like turkey, gravy, and garlic mashed potatoes, so I could eat this multiple times.  Plus, it would allow me to eat three times on a fast day, which would make things MUCH easier I think. 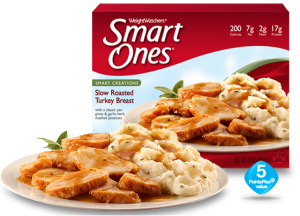 I think I’ll look into sampling some of their breakfast selections. Lean Cuisine doesn’t appear to have those.

For lunch today, I had Lean Cuisine Ranchero Braised Beef (240 calories). This was my trying something completely different, and fortunately, it was pretty good. I might actually get this one again. 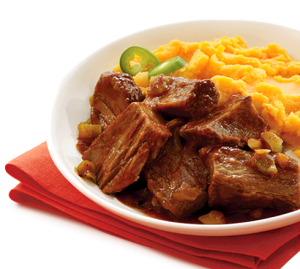 For dinner, I had the Chicken Enchilada Suiza (290 calories). This is the first Lean Cuisine meal I’ve had that I really didn’t care for. The enchilada was rather “meh” and I certainly didn’t notice any chicken. The Spanish rice was OK, but nothing to write home about. 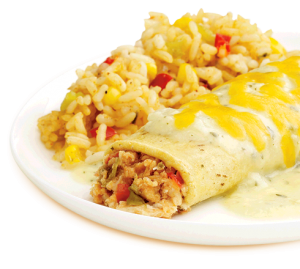 I haven’t figured out what I’m having for my feast day on Thursday. Part of me would like some fried catfish from Texas Roadhouse, but it might give me a worse case of indigestion than normal since I haven’t eaten much today.  Buffalo Wild Wings (boneless, mild) and a basket of buffalo chips could go down well, but only if I remember to pick up some carrots on the way home. Well, I’ll figure that out when I get up. ^_~