Well, not only is it Thanksgiving time (or at least, the week ending Thanksgiving time), but it is also that time of week where I check in on how much I weigh.  So, what did the scales say when I got on them this morning? Fortunately, it was still positive movement as the scales reported that I weigh 326.2, which is a one pound drop from last week.

I had hoped to get the full two pound loss that set as a weekly goal, but in addition to it being Thanksgiving time, wherein more food is automatically consumed, I had an unexpected setback early in the week.

Sunday, I noticed that during my carb meal for the day, which is in keeping with the Carb Addicts Diet part of my weight loss scheme, I was consuming a lot junk food for the second day in a row.  I don’t remember what actual meals I had, only that I also had a heavy amount of Doritos dipped in sour cream and Little Debbie Swiss Rolls. I’d bought the snack cakes over three weeks prior and had only consumed two of them. Then over the Saturday and Sunday, I consumed the remaining four (two each day). 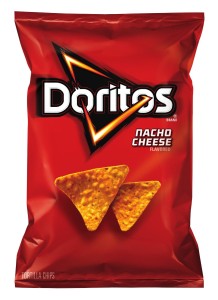 When I took a moment to figure out why I was gorging myself (consuming less that I used to thanks to the Carb Addicts Diet, which causes me to feel full and satisfied MUCH quicker) even after I was full, I realized that I was subconsciously reacting to the passing of my Grandmother a couple of days before. Food is usually where I would dive for the endorphin boost, so without realizing it, that’s where I’d gone. However, once I realized my mistake, I took corrective action.

Thanksgiving was already a day I knew would be bad. I love brown & serve rolls with butter, and since this is the only time of year I eat them (and Christmas too, I guess), I scored a couple of packs. I decided to scarf six of them with my Thanksgiving meal, but I did sacrifice the cranberry sauce in order to do so. I’ll have that sometime later since it is still in the can.

For Thanksgiving, I cooked a turkey breast, rice, the rolls (obviously), and I made myself a salad with Thousand Island dressing. For desert, I had a normal slice of pumpkin pie with Cool Whip, but I also had part of a slice of ANDES® Mint Crème Pie from Schwan’s. I usually pick up a package of their microwave Angus steak burgers as they work well for my 5:2 Diet fast days.  The Schwan’s guy gave us regular customers this pie to share as a thank you, so I saved the regular slice I was given until Thursday. It isn’t the thing I would get on my own, but it was quite tasty. 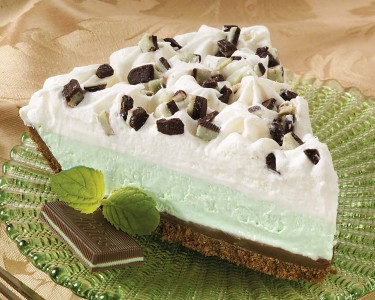 Friday was supposed to be my second fast day as part of the 5:2 Diet part of my weight loss scheme. That means eating less than 600 calories. However, while I was good through the day, instead of just having about 140 calories to make 600, I think I did nearly 350 calories. *sigh*  I think that had I been good, I would have lost more than a pound for the week, but the good side of this tale of woe is that I did lose a pound. ^_^

I’ll have to freeze my pumpkin pie as I’ve only eaten a quarter of it (vs. normally it being gone at this point after Thanksgiving), but that’s fine. I’ve got room. ^_^

December is always a tough weight loss month, but I am determined to carry on. I hope everyone had a good Thanksgiving. ^_^