Even without getting on the scales, I know I’m in for a failure because of what happened yesterday. Nevertheless, I’m officially checking in at 344.2, which I have to say shocked the heck out of me since I didn’t expect things to be that bad.

So, where did I go wrong?

I think part of the problem this past week has been the conversion from a night mode to a day mode. If you’ve never experienced jet lag, while it isn’t the end of the world or anything, it does jack you up a lot. I’d be in the middle of trying to do something productive and suddenly, I’m crashing because I am suddenly so tired. There’s two options at that point – fight it or take a nap.  Unfortunately, fighting it usually is futile because all of your time and energy are being spent trying to stay awake, usually without success. You aren’t being productive, so may as well take a nap, recover, and go on.

But, that does mess with eating patterns and the like.  At the moment, I’m pretty much past the jet lag problems, but I find that I’m still sleeping only 5-6 hours before waking up and being unable to fall back asleep for another couple of hours. ^_^;

The other killer was that I failed on my second fast for the 5:2 Diet, which was on Friday. Due to circumstances beyond my control, the several things I was supposed to do on Thursday had to get shifted to Friday.  As such, none of the grocery shopping I had planned got done on Thursday.  That left it to Friday.  Going to the Japanese grocery store was bad enough as I did my Friday errands. Once I’d finished my trek going all over the place, I made my last stop at the Super Walmart. By this time, I was famished, but I thought I’d be OK since I knew I’d eat a little something when I got home.

After putting everything away, I did eat one of my low calorie meals, but I was surprised to discover that after eating, I was still feeling famished. When I’ve been working the 12.5 hour shifts, I might still feel hungry after eating one of these tiny meals, but I’ve at least take the edge off. This time, the edge wasn’t removed and to make matters worse, I was home with ALL that food, including the gyudon (beef bowl) I had planned to take with me to work on Monday for lunch. 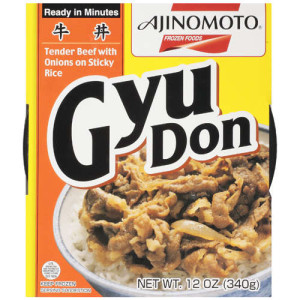 I tried ignoring the feeling of being famished and attempted to study my Japanese, but alas, I had a hard time focusing. So, I put in a DVD to watch to try to distract me, but it didn’t work. After an hour, I thought that I’d just eat a little bit of salmon to try to take off the edge. It didn’t work. Thirty minutes after that, I had a little bit of beef jerky, frustrated because this would now put me close to my 600 calorie cap.  Again, my system was not letting go of this feeling of being famished.

Finally, I gave in and zapped the gyudon. Unfortunately, it went downhill from there, leaving me feeling quite depressed at my absolute failure.

Still, it is a new week and I can’t give up. I’ve had several weeks of failures, so I have to turn this around. Lord willing, I shall.