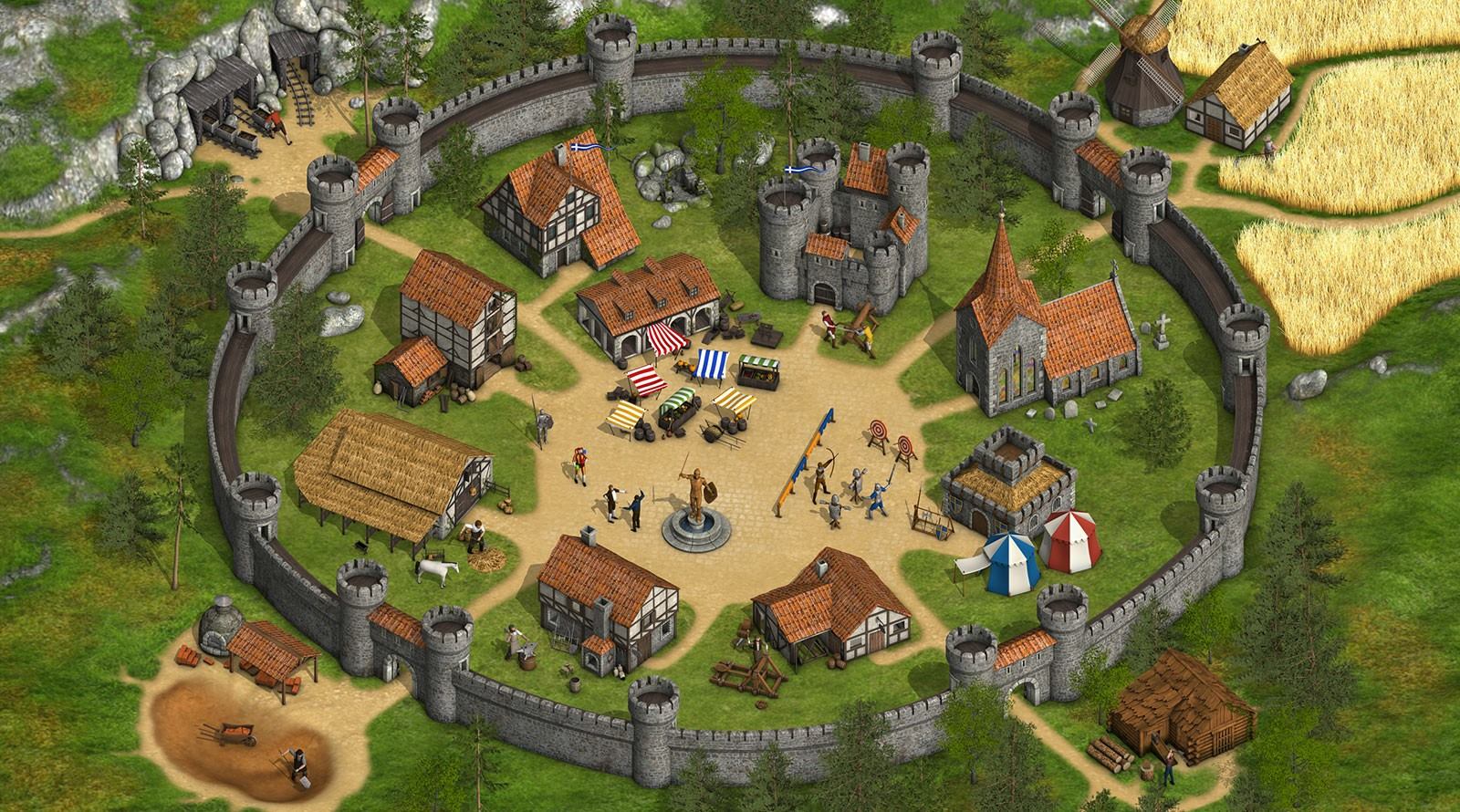 Allow me to bore you guys with a tale from another world and another time (like 2007 even). ^_^

There’s this online game called Tribal Wars where the object of the game is to build up a village, gain troops, join or form a tribe, and battle and take over other villages (whether those villages are owned by someone or abandoned). It is a bit of harmless fun but it can get a bit time consuming, especially when you gain control over a large number of villages. Since the game never stops, you can go to bed with 20 villages and wake up with 15 after people attack you and take over your former villages. That’s the nature of the game. 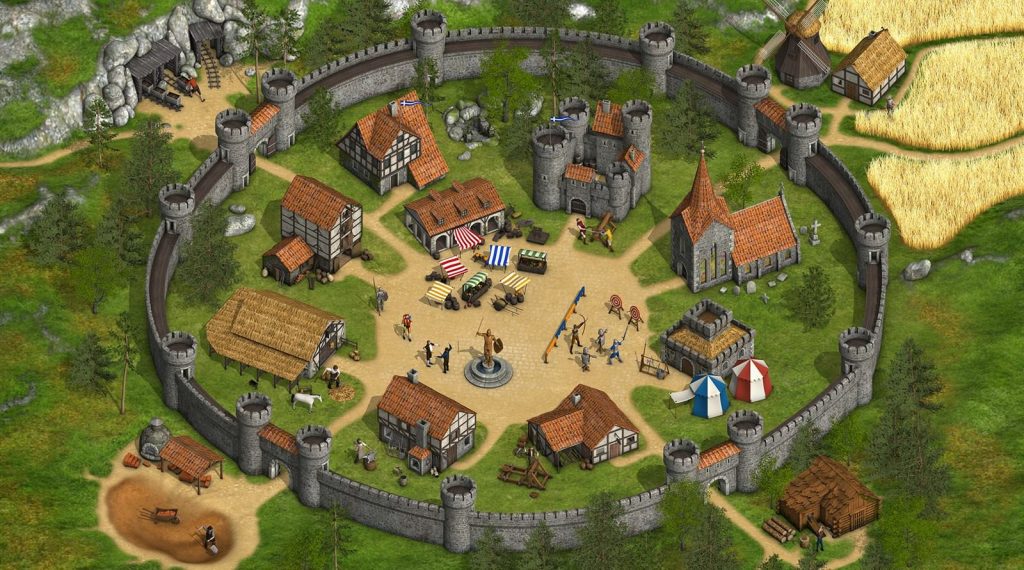 A group of us had been on Tribal Wars when the game first started and then quit for various reasons by the time the game had grown to three game servers. Then a year or so later, a group of us noticed one of our comrades (“D”) still playing. The rest of us thought, “You know, maybe it would be fun to play again. We’ll just start our own tribe in one of the new worlds with archers and play for fun.” And so, eight of us formed a tribe for some fun.

So there we are, with a few strangers who decided to join us, minding our own business when a large tribe decides to start wiping us out. Well, that sucks, but that’s part of the game. After all, its easier to take out people in little tribes when you’ve got a big tribe to back you up. No big deal.

I was prepared to lose my two villages under an onslaught of a dozen different attacks, some with nobles (those are required to conquer a village). They decided to just send everything at me. With all these attacks coming, I decided I wasn’t going to go down without a fight. After all, why not have some fun as I’m wiped out? I had a ton of swords and spears defending my main village, and a smaller, but still nice number of troops in my 2nd village. I decided to dump everything into my main village.

Well, attack one came and the attacker lost a ton of light cavalry. Attack two came and the attacker lost an even greater number of light cavalry, about 3000 axemen, rams and catapults. The next attack had a noble in it, but they lost it too (BWAH!HA!HA!). I’d taken some heavy losses to be sure and even with all the support I’d put in the main village, eventually the math of defeat would hit me at which point I’d just quit (though I’d have the option to start over in a new village in an undeveloped area of the map).

I had sent some in-game e-mails to some of the attackers for the heck of it. One guy told me he’d organized this attack. OK, no big deal. Another one sent me an e-mail about how I was dead. What?! How is this game going to kill me? Loser.

After The attackers lost a another noble in their 3rd attack, the “Organizer” e-mailed me and told me something along the lines of, “Stop resisting us! We are going to take your village whether you like it or not. However, if you stop resisting us, we will allow you to keep your other village. Comply or we will wipe you off of this world.”

Oh no! What ever will I do? In the course of playing a GAME, how dare I make them pay for the village they are about to noble? Whah!

I absolutely hate it when people seem to think I have some of my life-force tied into this game. It is a bloody game for crying out loud. Yet these guys (and one girl) are acting like this is some life-or-death struggle with consequences to me personally.

So I e-mailed Organizer back and told him to get a life as this was only a game and frankly, I didn’t care how many troops he and his tribe mates lost.

Yeah, whatever loser. If you think that’s going to make me lose sleep, you’ve got another thing coming.

Savage Piper, who’d been looking for an excuse to lessen his TW time, decided to launch some attacks at the one chick who’d lost the most troops thus far attacking me. I too launched my offensive troops (which I made sure weren’t in my village during any of the attacks, thus were still at full strength) at her because we realized she was the weak link. She’d lost nearly everything attacking me.

Our counter-attacks brought a flurry of e-mails. Some said “we are going to kill you” and “we aren’t going to noble your 2nd village, we will make it an example to all who defy us” in addition to other stuff.

Sheeze. I guess when the Tribal Wars servers go down, you must have a stroke. Losers.

What?! You send attacks at me and then cry when we counter-attack you? What a loser. We sent her more attacks.

One of the actual nice members of the tribe, who had a village just below me, sent me an e-mail saying, “Sorry about this dude. You know how it is.” Yeah, I do know and I told him that I hoped he’d be the one to get the village, just because he wasn’t being a TW-loser.

Well, he did take it, but the funny thing is, his tribe punished him for doing it since they decided to give it to Crybaby because she’d lost so much. So he ended up being wiped off the map.

When Savage Piper and I saw this, we continued our harassment until they wiped me out of my 2nd village. Savage Piper continued to harass them, but they told him he wasn’t worth their time and they did nothing about him.

Really? Heh!heh!heh! Doom on you, suckers.

Savage Piper took a month to build up an offensive army to destroy one village. Sometimes, bastards and losers need to be reminded that a game is a game, not real life. In the grand scheme of things, our attack won’t matter much, but it will take our chosen victim’s village several days to recover. The fact that they have to waste time doing that instead of doing other stuff they’d rather do made us giggle.

During that time, they took over more villages and began to bloviate on how god-like they are. That made our plotting even more fun. Clearly, who would dare attack them as they are members of a humongous tribe? “Bow down!” they’d say. “We are gods. We rule our continent. No one may defy us. Death to all who are not us!”

Eventually, Savage Piper reminded them that this is just a game with an attack that included multiple fake attacks to prevent them from knowing which village was going to go down. The attack, which took time to reach its target, immediately drew all kinds of hate mail. There were threats about killing Savage Piper in painful ways, calling him various slurs that would get folks charged with hate crimes in the real world, and other threatening things that had us laughing.

After the attack hit and Savage Piper and I laughed about the massive pain he’d just inflected upon one of those losers. That brought another flurry of rage-filled rantings that had Savage Piper and I shaking our heads. Yep, its a game and some folks take it way to seriously.

Savage Piper and I went on to play on other servers until we got bored and quite forever. In that time, I don’t think we ever encountered people who took the game even half as serious as the losers we battled with in this story. Frankly, I just can’t understand how someone can take a game so seriously when games are supposed to be fun.