Since I started feeling a relapse of my recent illness start coming on, I decided to delay things a bit and start fresh with Saturday being my new weigh in day.  So, to kick off this third attempt at weight loss with the 5:2 diet, I’m starting at 337.6, which is a 2.4 pound drop from my last weight check.  So, things are moving in a positive direction again. ^_^

I have previously made mention of the fact that I really haven’t had the best of attitudes about things of late, whether weight loss or other things. That being said, recent chats with friends and coworkers where they expressed admiration at my discipline on my fasting days has really been giving me things to chew on mentally. Everyone I talk to says that there’s no way they could restrict themselves to just 500 or 600 calories (depending on if you are female or male respectively) on one day a week, much less two, nonconsecutive days a week.  I hadn’t thought about what I was doing in terms of discipline since I tend to be so weak during my feast days.

However, as I considered their words, I realized that I am indeed doing something that does take discipline. It would be so easy to come home, feeling famished, and just raid the fridge or pantry. Heck, since I will often swing by a supermarket of some kind on the way home, it would be easy to go el nutso by purchasing snack foods and desserts, then bringing them home and having a feeding frenzy on said purchases. I don’t do that.  As such, that is a form of discipline and I found that to actually be encouraging in unexpected ways.

So, building upon that, I’m taking new steps that I should have taken ages ago, but I allowed my negative attitude to get in the way. As such, I’m going to attempt to apply that level of discipline that I have on fast days to feast days.

For example, if I’m working a Monday and we are having “Mexican Monday” (which is routine for the command center where I work since the Mexican place we have a food run made to has a lot of good food for pretty cheap prices), I’ll only eat half of a meal instead of a whole meal with chips.  So if I get a smothered burrito deluxe, I’ll cut it in half, eat the other half with half the chips, and save the other half for another day’s meal.  Then I’ll have something small in calories for dinner, and a few spoonfuls of cottage cheese when I get home if I need to take a decongestant or other medication for whatever reason before going to bed.

As I said, this is something I should have been doing all along.  It is weird that the fire that was lit under me to do this was the honest encouragement received from friends and coworkers about something I regarded as mundane.

Still, the proof is in the pudding as they say, so now the ball is in my court to actually do the needful and throttle back on feast days.  I’m determined to get this done. 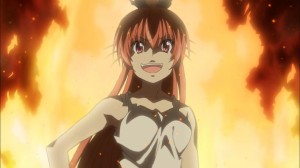